In an unapologetically honest moment, White House Press Secretary Sean Spicer explained the grievances that President Donald Trump and his team had with the media.

It’s not just about a crowd size. It’s about this constant “He’s not going to run.” Then if he runs, “He’s going to drop out.” Then if he runs, “He can’t win. There’s no way he can win Pennsylvania. There’s no way he can win Michigan.” Then if he won, it’s “Oh, he didn’t…” There’s this constant theme to undercut the enormous support that he has. And I think that it’s just unbelievably frustrating when you’re continuingly told, “It’s not big enough. It’s not good enough. You can’t win.”

Spicer noted how Trump’s campaign and subsequent win “defied the odds over and over and over again” despite the media’s pessimism. He expressed the frustration felt not only by the president and his team but also by the supporters who were part of the movement that ultimately led to Trump’s presidential win.

“Isn’t that just part of the conversation that happens in Washington?” Acosta asked.

“No,” Spicer replied, remarking that he had never seen the media criticism at the level the Trump team was receiving.

Spicer urged the journalists to give credit where it was due and to not always stick to a default negative narrative.

You can watch the full briefing below: 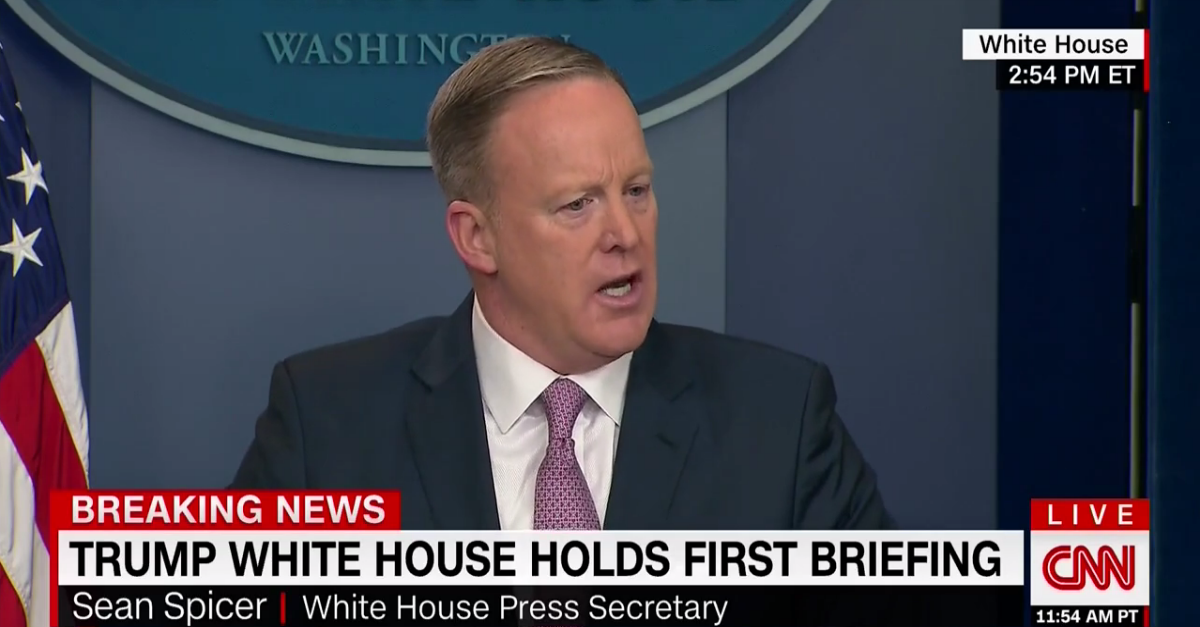