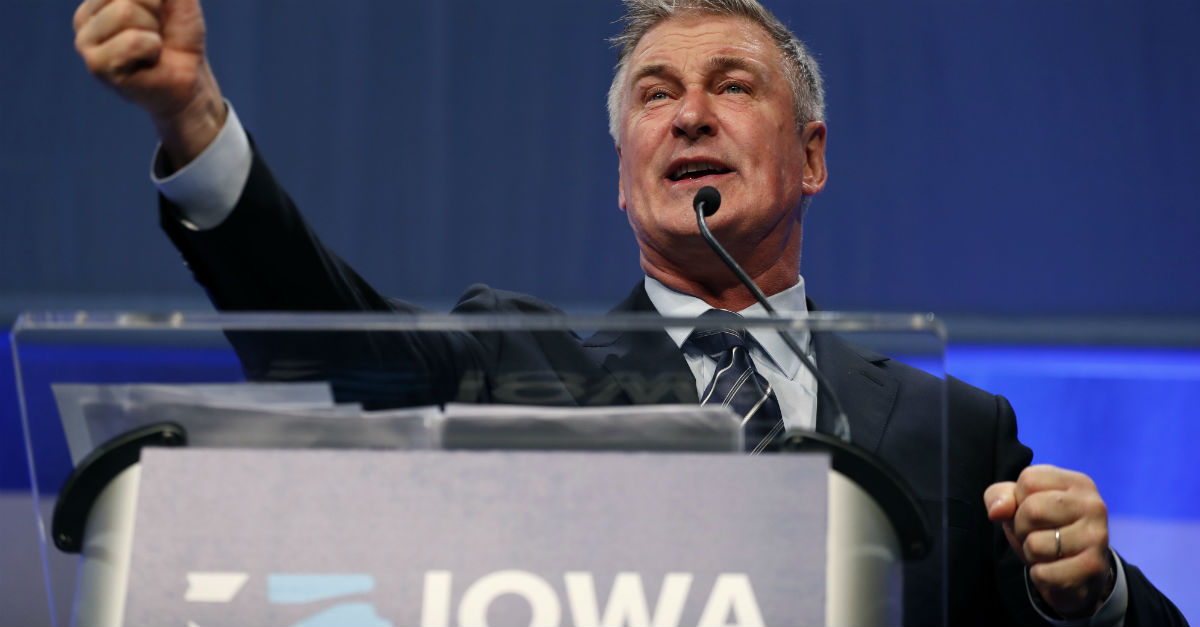 A speech recently given by Alec Baldwin led some wonder if he’s practicing for a place in the White House.

Baldwin appeared in Des Moines, Iowa to speak to 3,000 Democrats at the Iowa Democratic Party Fall Gala. After slipping into various impressions and sketches, Baldwin delivered a very serious call to grow the party.

?We?ve got crucial work to do right now for 2018,? he told the crowd. ?We?ve got party building to do on a scale that perhaps we?ve never known.?

Baldwin has already teased either his very humorous or very serious suggestion of running for president.

“If I run for a President, think of how entertaining the debates would be,” he tweeted in October.

If I run for a President, think of how entertaining the debates would be.

Should he decide to run for the office in the near future, he certainly wouldn’t be the only celebrity giving off White House vibes.

Rapper Kanye West told the audience at the 2015 MTV Video Music Awards that he would run for president in 2020.

“If there is anything that I can do with my time and my day to somehow make a difference while I?m alive, I?m going to try to do it,” he said nearly a year after making the initial announcement. “When I?ve talked about the idea of being President, I?m not saying I have any political views. I don?t have views on politics, I just have a view on humanity. On people. On the truth.”

Personality and media mogul Oprah Winfrey tweeted her thanks to the New York Post’s John Podhoretz after he wrote an opinion piece calling her Democrats’ “best hope for 2020.”

@jpodhoretz Thanks for your VOTE of confidence!Democrats’ best hope for 2020: Oprah | New York Post https://t.co/tvt82v8cMH

Another interesting celebrity bid came from WWE wrestler turned actor Dwayne “The Rock” Johnson, who did not endorse a presidential candidate in 2016. Johnson indicated his willingness to run for president in a May interview. Only a month after, Public Policy Polls released their findings that Johnson would have a real chance of beating out Trump in a presidential election. A man identified as Kenton Tilford of West Virginia filed ?Run the Rock 2020? with the Federal Election Commission (FEC) in July.