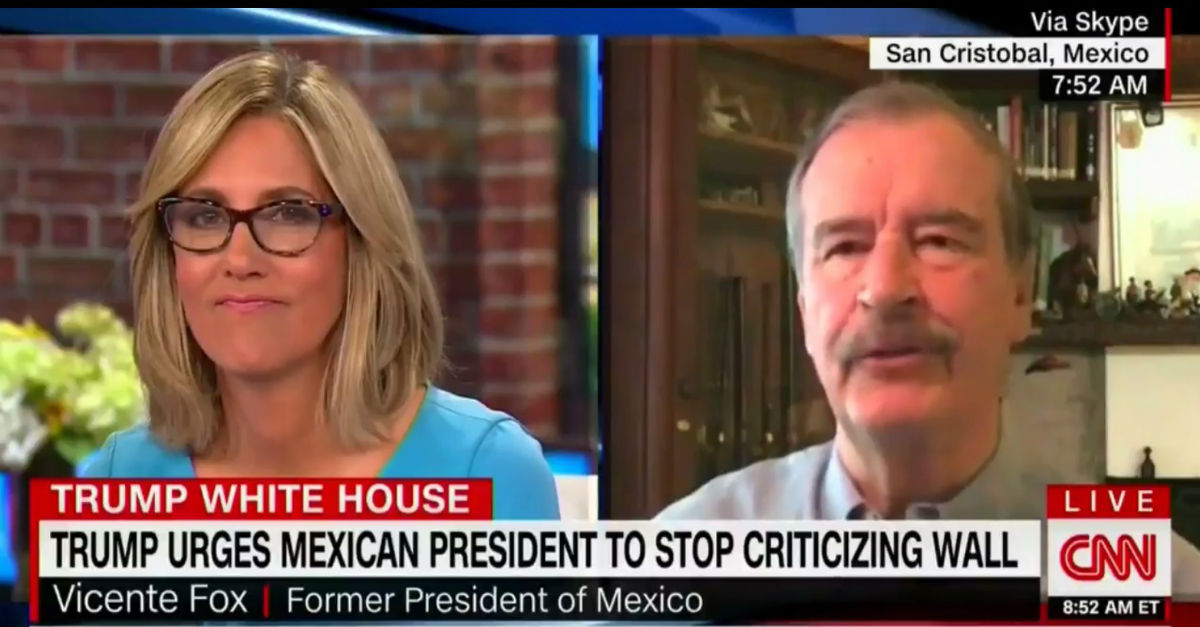 Former Mexican President Vicente Fox is not the one to mince words when it comes to President Donald Trump’s proposed border wall. And, Fox certainly doesn’t censor himself, even when he appeared on CNN’s “New Day” Friday morning.

“Well you can use my words, ‘We’ll never pay for the fucking wall,'” he said.

CNN anchor Alisyn Camerota’s face reacted to the expletive, which was used in response to a transcript of a conversation between Trump and Mexican President Enrique Peña Nieto regarding payment of the border wall, which was released earlier in the week. Trump reportedly asked Nieto to stop telling the press that Mexico had no desire to pay for the American infrastructure project.

He expressed worry that the “press is going to go with that, and I cannot live with that.”

RELATED: A press briefing lost all control when Stephen Miller and Jim Acosta argued over the Statue of Liberty

This isn’t the first time Fox, who has had his own share of negative exchanges with President Trump, said that Mexico has no interest in paying for an American structure. He even tweeted at Trump on Thursday to send him yet another reminder:

.@realDonaldTrump, once again I tell you: we're not paying for the #FuckingWall! Don't try use us for your own good. https://t.co/nUeDipDVsI

It was revealed in January that the initial cost of the expensive border wall would be paid for by the American taxpayer, not the Mexican government. And, even as the administration insists that Trump’s funding promise remains unchanged, it would appear that their proposed funding tactics say otherwise.