When asked on NBC’s “Today” whether or not Trump gathered the evidence for his accusatory tweet solely based on media reports, Sanders did not immediately give a straight answer.

“Is that the source of this information? Strictly from media reports & not from any other source?” @savannahguthrie asks @SarahHuckabee pic.twitter.com/8JKCVBwzc6

“Is that the source of this information — strictly from media reports and not from any other source?” asked co-anchor Savannah Guthrie.

“The president firmly believes that the Obama administration may have tapped into the phones at Trump Tower and that this is something that we should look into,” responded Sanders.

Sanders then criticized the media for being “extremely dismissive” of the reports. Sanders said that the White House wanted to see the same level reporting on this story as it did for Russia-related controversies.

Guthrie did not give up so quickly, asking again if Trump had obtained the evidence for his claim based solely on something he read or watched.

Sanders said that she had not asked the president directly, yet suggested that he might have had “access to documents that I don’t know about.”

Sanders had also appeared on “Good Morning America” with the news that the president did not accept FBI Director James Comey’s denial. 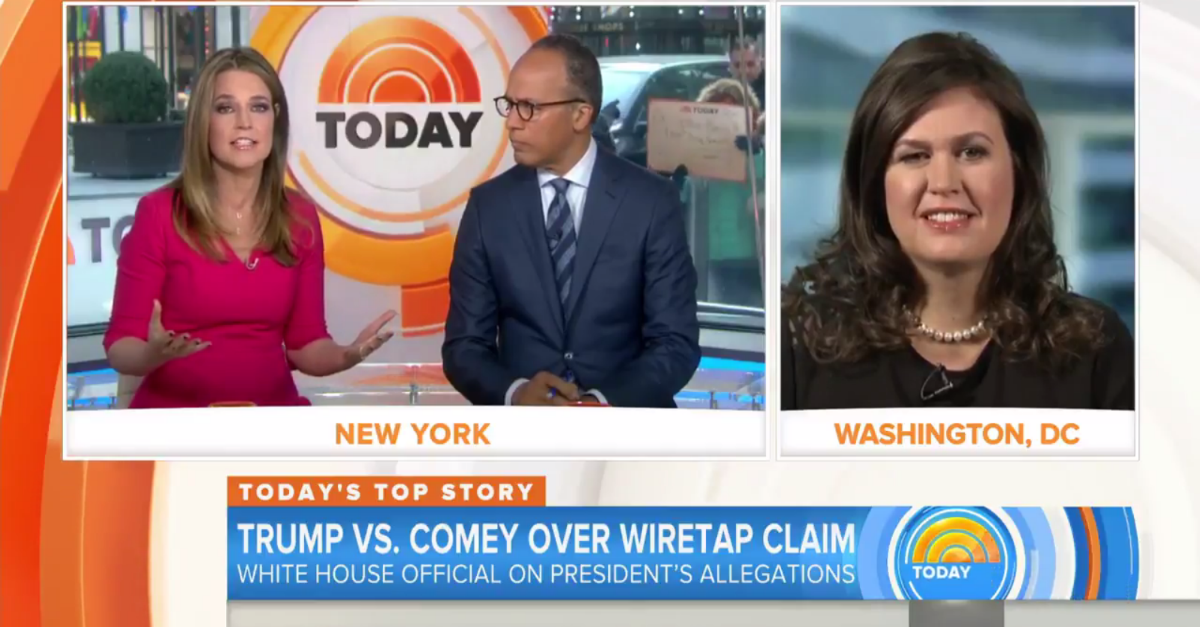