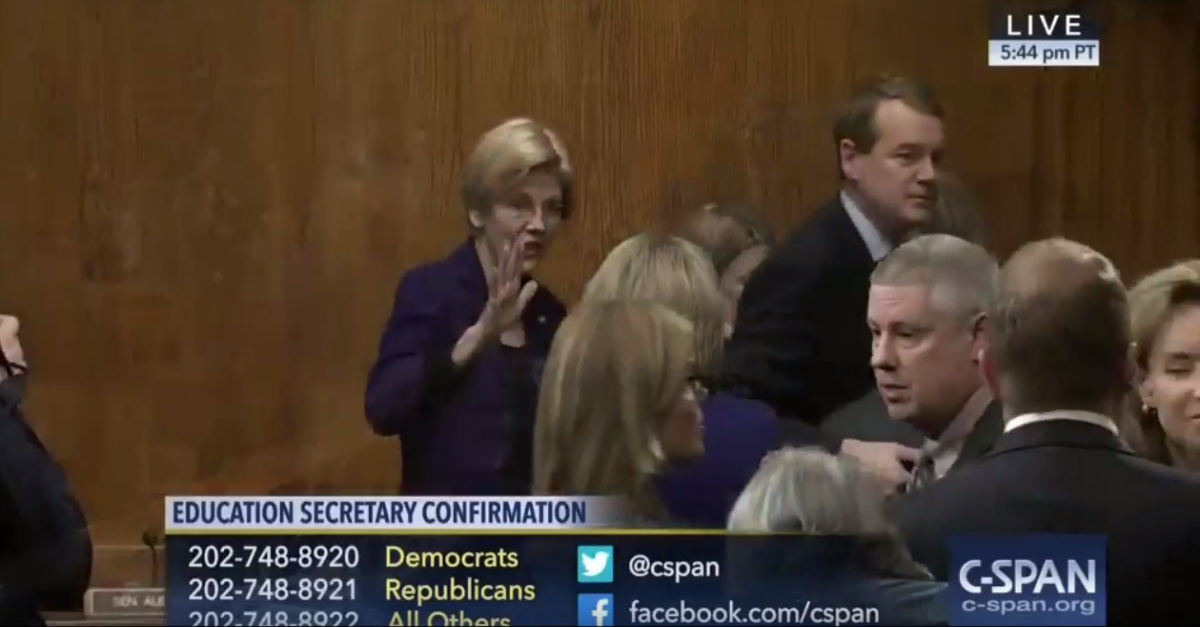 Following the hearing, DeVos went to shake the hands of each member of the Health, Education, Labor and Pensions Committee. DeVos even shook hands and had a conversation with Sen. Al Franken (D-Minn.), with whom she had also shared a heated debate.

When it came time to shake Warren’s hand, Warren waved DeVos off and continued to walk out of the room.

Several noticed the exchange and made their feelings known:

Change the order of the names and the MSM would have the vapors. Devos refuses to shake hands with Warren. OMG where's the fainting couch? https://t.co/6cA6PYmoPb

Betsy DeVos went up to shake Elizabeth Warren's hand, but Warren simply waved her off and walked away. Amazing lack of class.

Saw the video of Elizabeth Warren refusing to shake DeVos's hand. Warren is an utterly repulsive human being.

Video of Warren snubbing DeVos not as bad as it seems. Warren clearly gives the "How" farewell of her native peoplehttps://t.co/mkHqvwGBft

You can watch the full exchange below: