RELATED: An interview quickly got out of hand when a guest accused Tucker Carlson of defending Vladimir Putin

Gorka accused the network of seeking “salacious, sensational coverage” for their ratings.

“I’m just going to ignore the insults because I don’t think it really gets us anywhere,” Cooper responded. 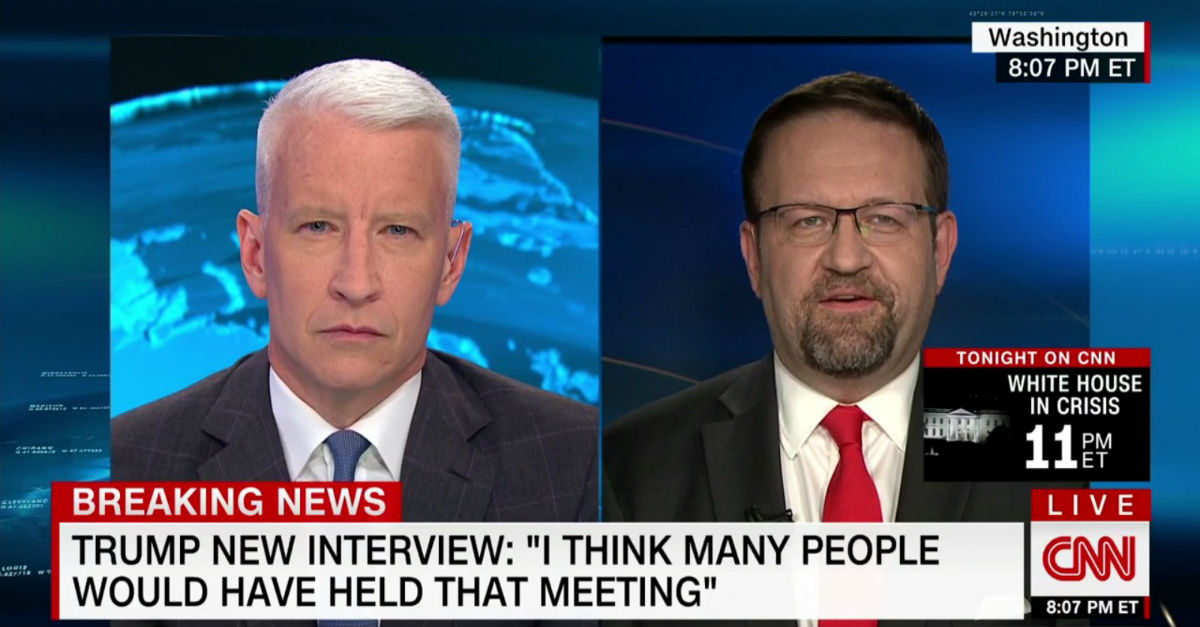