Angry constituents across the country have confronted their Republican representatives and senators over the looming repeal and replacement of Obamacare. In February, videos of the angry crowds at various town halls went viral.

And Republican leadership has not been immune.

RELATED: One of President Trump’s critics approached one of his supporters to make amends

Rhode Island Working Families State Director Georgia Hollister Isman said, “We want him to hear loud and clear that his values are Wall Street values, they’re not Rhode Island values.” She also said that the protesters showed up “in solidarity with our friends in Wisconsin who’ve been trying for months to get a town hall meeting with him.”

A crowd also gathered, holding signs and chanting in protest.

RELATED: Tensions were high when a representative and some of his constituents got into an argument

State Rep. Aaron Regunberg (D) said, “No matter where he goes, wherever he takes his radically dangerous Ryan-Trump agenda, the resistance will be there to meet him.”

“It is unfortunate protesters chose to demonstrate at Year Up,” said Ryan spokesperson Zack Roday. According to The Hill, Year Up was a career training nonprofit that Ryan was visiting that day. 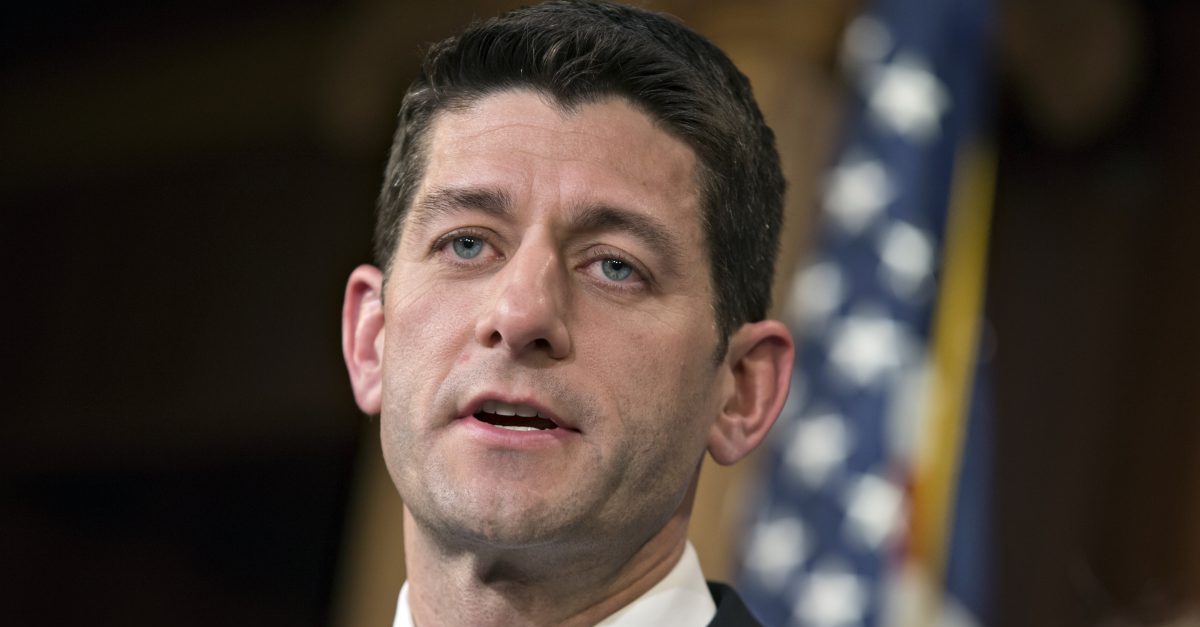