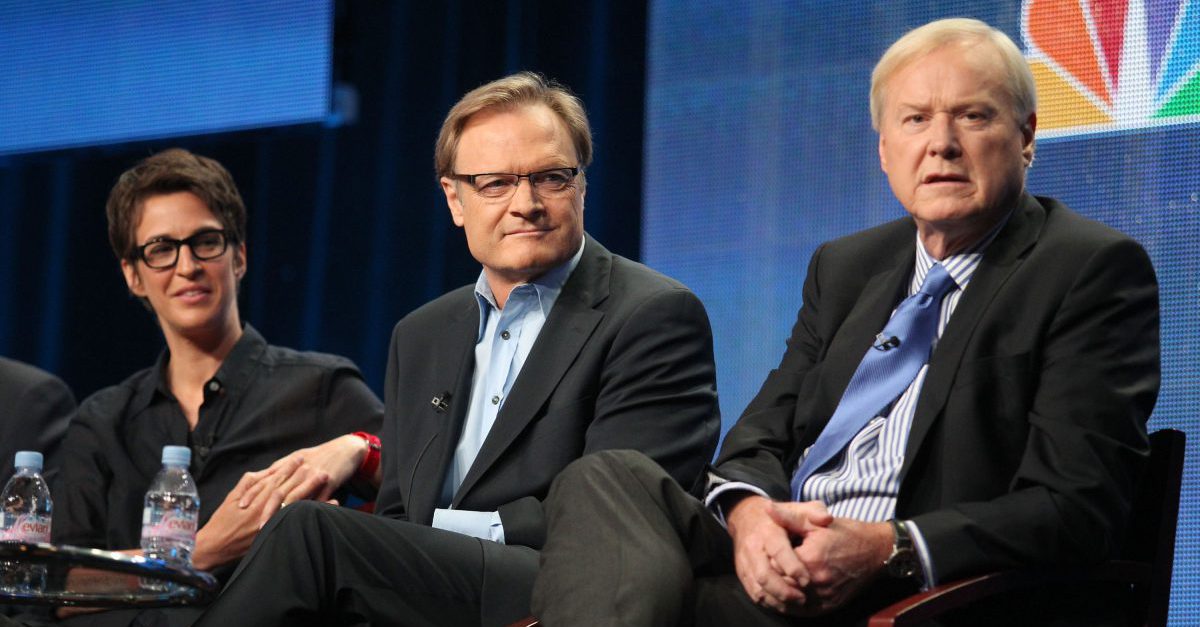 Former MSNBC political analyst Mark Halperin was outed from the network in October of this year after five women came forward with separate accusations of sexual assault.

Now, one of his MSNBC colleagues is under the microscope: Chris Matthews.

A report from the Daily Caller says that NBC has confirmed that a female staffer accused Matthews of sexual harassment in 1999 and the network settled with her as a result of those accusations. The NBC employee was an assistant producer on “Hardball with Chris Matthews.”

She is unnamed at this time. As a result of the comments, the employee brought a formal complaint to NBC executives at the time. They investigated and, according to NBC’s response to the Daily Caller piece, issued a “formal reprimand” to Chris Matthews — finding his comments “inappropriate and juvenile” but not “propositions.”

They also settled with the employee. While the Daily Caller reports that the incident ended with a payment of $40,000, NBC contests that, saying that the unnamed assistant producer — who’s reported to have gone on to a number of “high-profile” media work in the years since — received “significantly less” in a “severance package.”

NBC would not definitely say if hers was the only complaint made against Matthews at the network, either.

News of the allegations and settlement against Matthews come in the wake of a rough quarter for NBC, which saw Halperin and Matt Lauer both dismissed from the network after numerous separate allegations of sexual harassment and misconduct came to light.

Both Matt Lauer and Mark Halperin have since apologized, with Lauer saying, “There are no words to express my sorrow and regret for the pain I have cause others by words and actions,” and Halperin saying, “I am profoundly sorry for the pain and anguish I have caused by my past actions … I apologize sincerely to the women I have mistreated.”

At this time, Chris Matthews has not responded to the allegations or the story of the settlement.