Though the Trump team has since insisted that the ban is not an outright “Muslim ban,” many clung to the words of former New York Mayor Rudy Giuliani, who on Sunday said that the president had first used the words “Muslim ban.” Despite this, Giuliani later stated that the ban was “not based on religion.”

Other members of the Trump team have since argued that the ban is not a “Muslim ban.”

RELATED: Chris Wallace searched for answers after asking Kellyanne Conway why one notable country was exempt from Trump’s immigration ban

The ladies of ABC’s “The View” wondered about the nature of the ban.

Bila noted that while Trump himself referred to the ban as a “Muslim ban” on the campaign, he eventually went a different route by stating the ban was specific to areas where terror might be prevalent. Bila denied that the language used made it a ban specific to religion, especially as the administration only included seven countries of the 40-something with large Muslim populations.

Bila also pointed out that the list was inspired by a previous framework from the Obama administration.

Goldberg asked about the administration’s decision to prioritize entry of Christian refugees, even as several Christian groups have denied the practice. “How are you not going to think that’s a Muslim ban?” Goldberg wondered. She also asked why the program was implemented even though evidence pointed to terrorists originating from several countries that had not made the list.

Co-host Joy Behar listed off some countries like Saudi Arabia, where most of the 9/11 terrorists originated. Behar asked how Bila explained this action from the administration, and Bila said that she wondered the same.

Co-host Sarah Haines attempted to address Goldberg’s question about the administration’s religious prioritization, stating that the administration was prioritizing those who were victims of religious persecution, or the minority religion. Co-host Sunny Hostin said that she saw the immigration ban as a Muslim ban “shrouded by this national security rationale.” 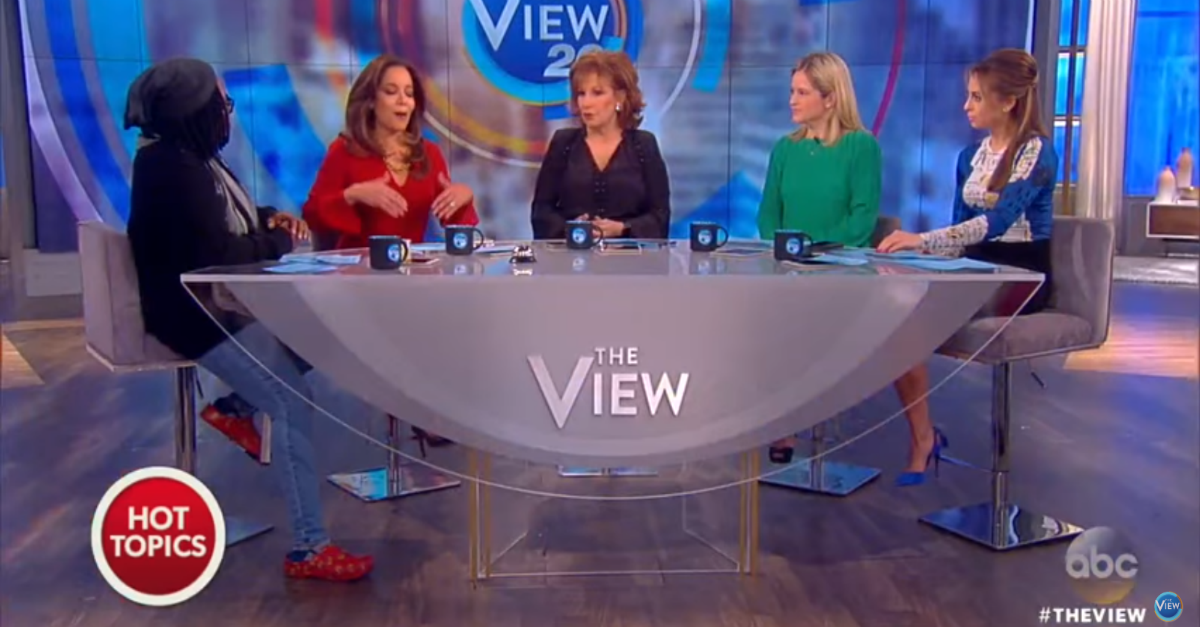