As President Trump signed a bill, he couldn’t resist commenting about the teeny tiny desk 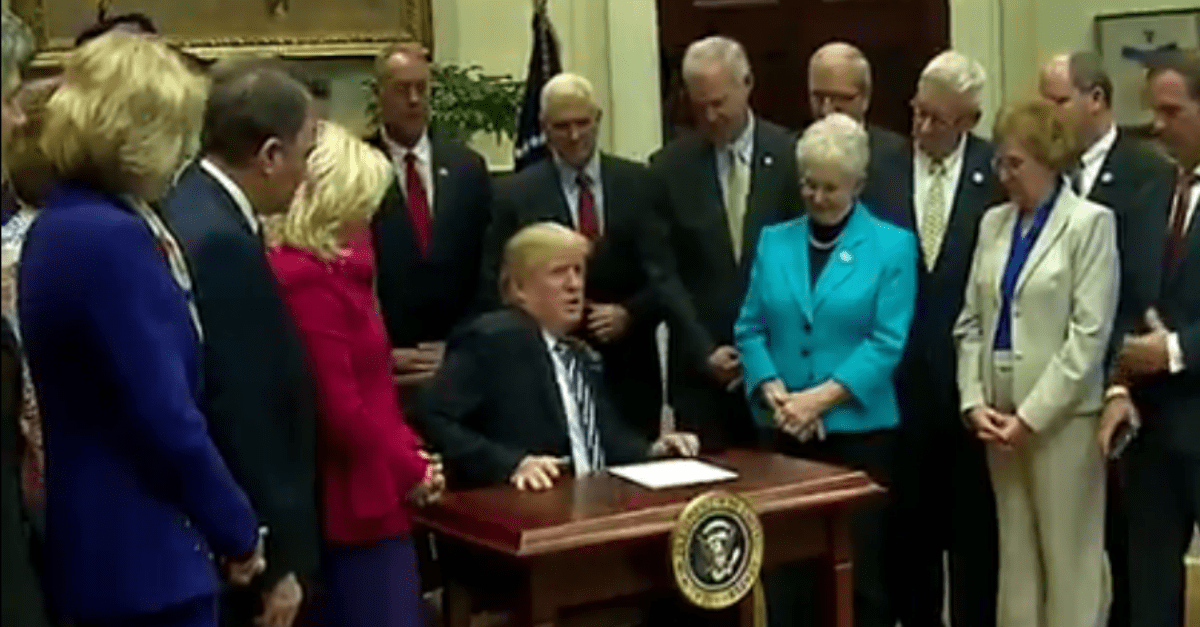 On Monday, a whimsical moment was captured on video while Trump sat down to nullify federal regulations regarding education and the environment. As he sat down, Trump noted how tiny the desk was:

"This is a child's desk," Pres. Trump says as he sits to sign bills. "This is the smallest desk I've ever seen" https://t.co/4swjrhU1F8 pic.twitter.com/sLJcTT8ugC

“This is a child’s desk. This is the smallest desk I’ve ever seen,” he said as those around him laughed.

At a different point in the signing ceremony, Trump promised that there was “a lot more coming.”

“I will keep working with Congress, with every agency, and most importantly, the American people, until we eliminate every unnecessary, harmful and job-killing regulation that we can find,” Trump said.

The president’s actions are in line with his campaign promises to roll back regulations which are considered egregious.