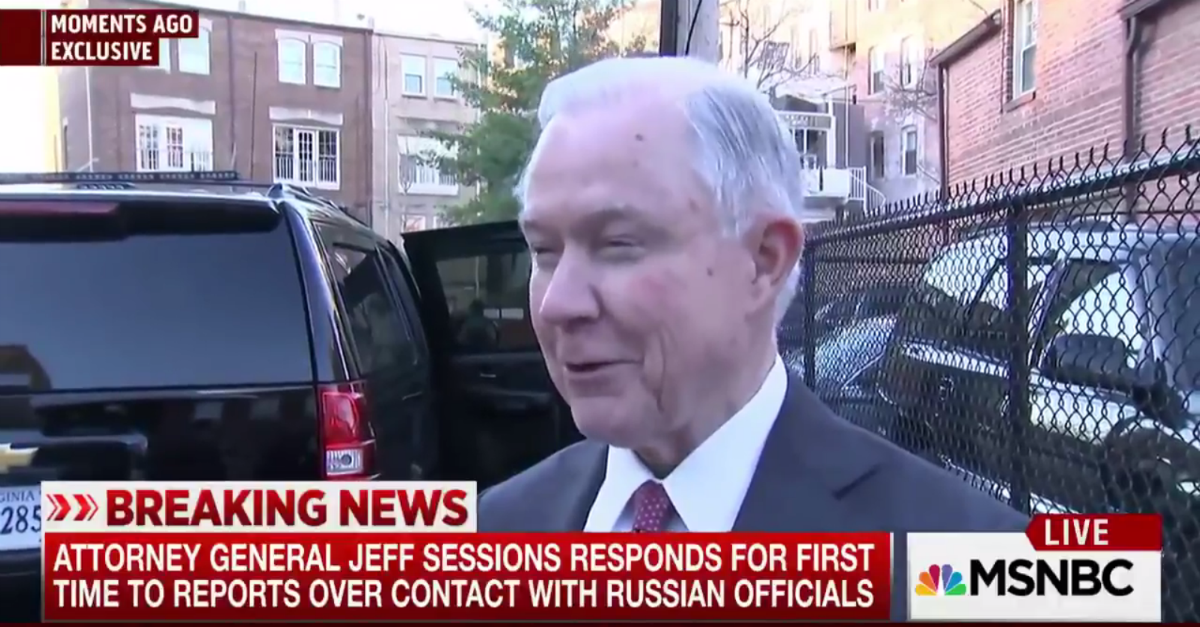 Recently confirmed Attorney General Jeff Sessions did not disclose two meetings with Russian Ambassador Sergey Kislyak during the 2016 campaign, according to new reports.

On Thursday morning, Sessions revealed that he was ready to recuse himself from any and all investigations related to Russia if needed.

In @NBCNews exclusive video AG Sessions says he will recuse himself from Russia investigation whenever appropriate: pic.twitter.com/wKajg9MUJj

Sessions denied meeting with “any Russian at any time to discuss any political campaign” and called the accusations “false.”

When asked whether or not he would recuse himself, Sessions said, “Well I’ve said that whenever it’s appropriate, I will recuse myself, no doubt about that.”

A growing number of congressional Republicans have called on Sessions to recuse himself:

AG Sessions should clarify his testimony and recuse himself

A growing number of Democrats have pushed for stronger action, hoping that Sessions will step down.

Sen. Franken on AG Sessions: Would like him to answer questions and "then we can see if he should resign or not." https://t.co/TpVfBQQxMy