Ben Carson got stuck in a broken elevator 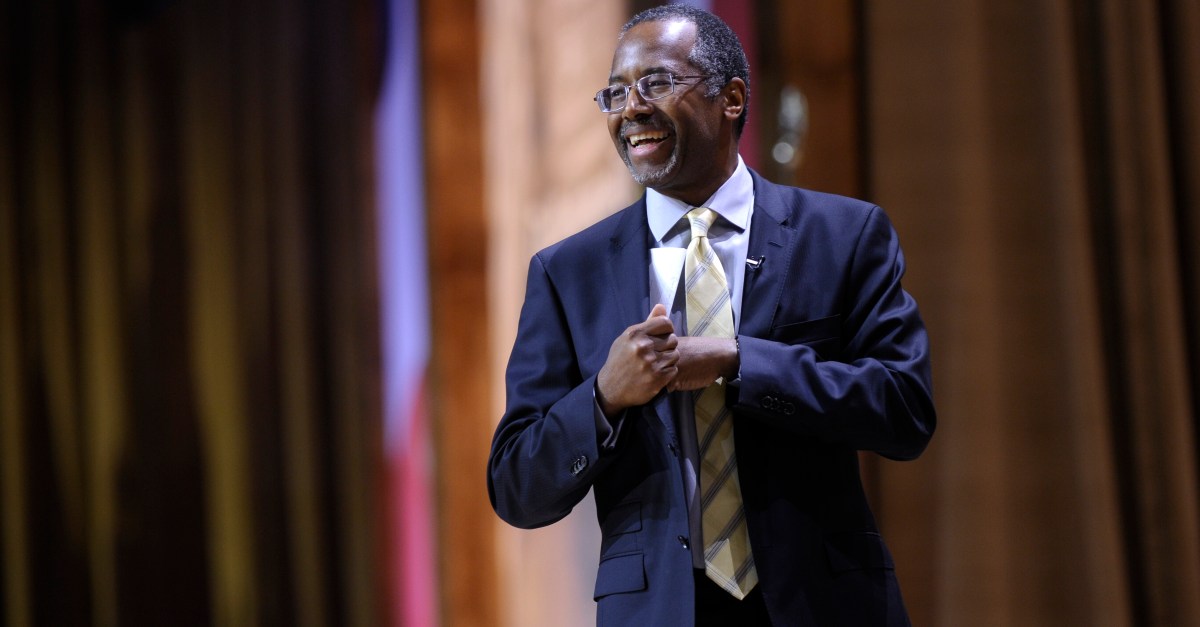 Touring the Courtside Apartments, a housing development in Miami, Fla., the former neurosurgeon and his wife became stuck in an elevator for approximately 15 minutes.

RELATED: Have no fear, Florida man is here to save a wounded pelican from starvation with his bare hands

The fire department was called to the scene.

#Breaking: #Miami Firefighters trying to figure out how to free Sec. Ben Carson. He's stuck in a public housing… https://t.co/Q9S7cZSOrk

RELATED: After the Daily Mail implied she had worked as an escort, First Lady Melania Trump finally gets an apology

The Carsons were freed in time to meet with former NBA star Alonzo Mourning, who helped create the development through nonprofit AM Affordable Housing.