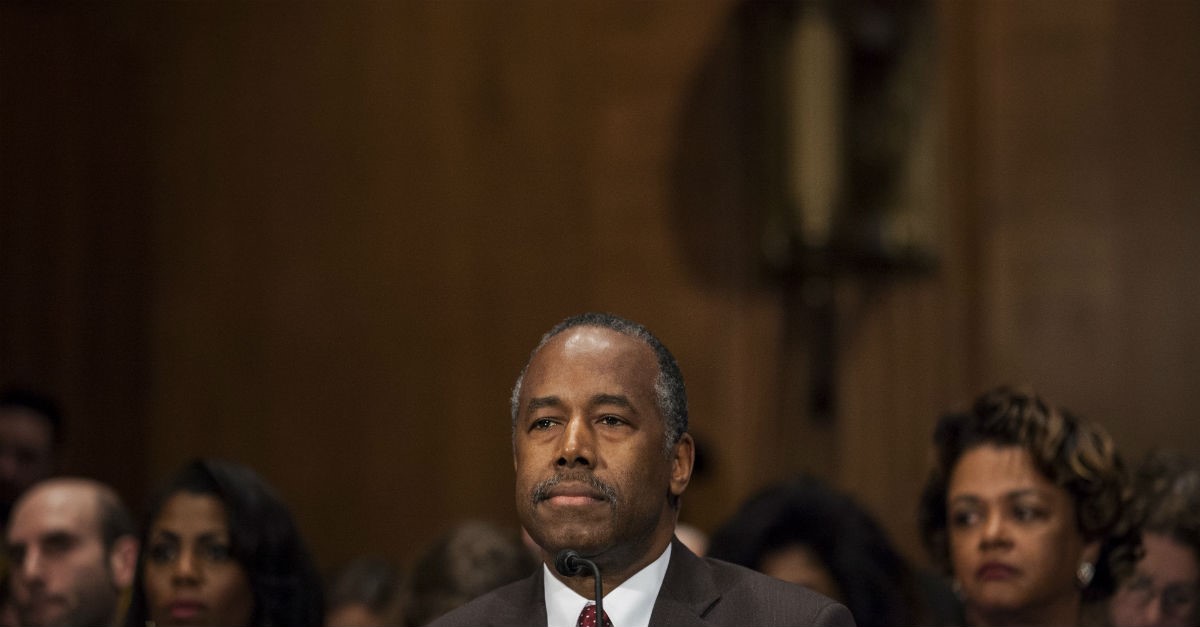 It’s the Ben Carson-est thing to come from Ben Carson so far.

Everyone’s favorite soft-spoken neurosurgeon-turned Secretary of Housing and Urban Development appointee had a moment during his confirmation hearing that made everyone laugh.

Though the question period between Sen. Sherrod Brown (D-Ohio) and Carson was intense, Carson had to interrupt and take a moment to tell Brown that he reminded him of Lieutenant Columbo, fictional Los Angeles detective of “Columbo:”

Dr. Ben Carson: "You remind me of Columbo."
.@SenSherrodBrown: "I've heard that before." pic.twitter.com/iKEqBeFZb4

The room erupted in laughter after Carson compared the dark-haired senator to the late Peter Falk, who played the titular character during the show’s run from the 1970s to the early 2000s.

Brown wasn’t even mad, saying, “I’ve heard that before.”

That time Ben Carson told Sen Sherrod Brown D-OH that he reminded him of Columbo https://t.co/CFB8lZhYnW

"You remind me of Columbo," Ben Carson says to Sen. Sherrod Brown.

Others were just interested to hear Carson say what was on everyone’s mind:

Ben Carson finally says of Sherrod Brown’s voice what all of us were thinking: “You remind me of Columbo."

It’s safe to say that he probably hit the nail on the head with this one:

And since the hearing ended before lunch, you judge. pic.twitter.com/aPuyVW7vyr