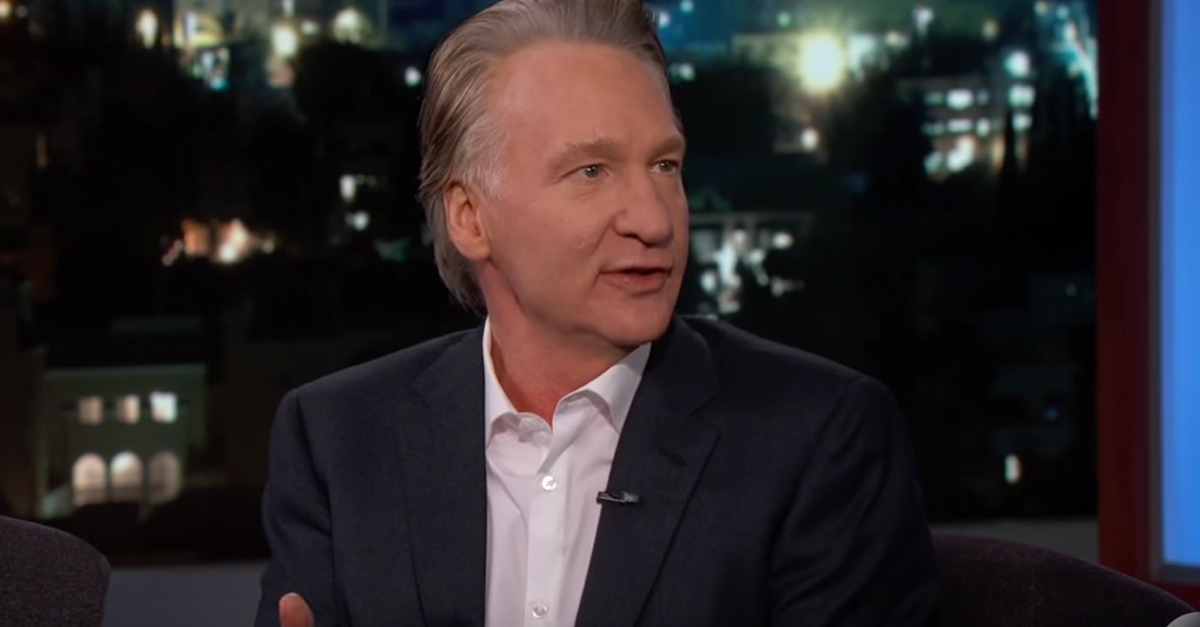 During an appearance on “Jimmy Kimmel Live!” on Wednesday night, Bill Maher appeared to promote the next season of “Real Time with Bill Maher,” and give his final take on President-elect Donald Trump.

“There’s not much going on, what should we talk about?” Kimmel joked.

Maher then issued a call to talk show hosts and reporters everywhere to hold Trump’s feet to the fire if they encounter them.

?If you are going to have him on, he?s a politician,? Maher told Kimmel.

?I know he?s actually a game show host from Queens, but now he?s the President of the United States. So if you?re going to have him on ? this is everybody ? hold his feet to the fire.?

Maher then discussed problems with some of Trump’s cabinet picks.

“Everybody is in charge of a department they want to get rid of,” Maher said.

Despite all of his problems with Trump, Maher maintained that his greatest concern about the world is climate change, and he hopes people take it more seriously.

Later in the conversation, Maher explained how people are too locked into their media bubbles, and noted that nobody is tougher on liberals than he is. Despite this, he still believes that one side of the political aisle has taken things too far in recent years.

“One side got on the short bus to crazy town, and it’s not my side.”