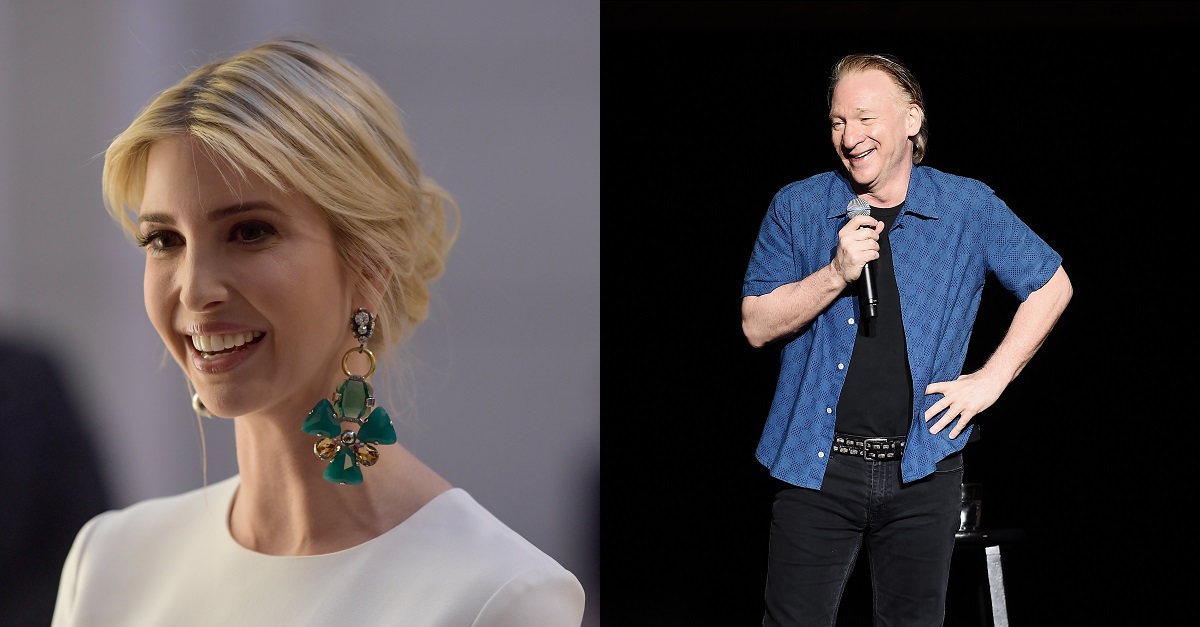 Stephen Colbert attracted a lot of attention — and a potential fine from the FCC — for referring to President Donald Trump’s mouth as “Putin’s c**k holster.”

It seems that Bill Maher wouldn’t let Colbert run away with the race for TV’s filthiest mouth.

RELATED: Colbert’s Trump-Putin joke may have been too “obscene” for TV, and now the FCC is on his case

On a Friday segment of “Real Time with Bill Maher,” Maher suggested Ivanka Trump dissuades her father from actions like “nuking Finland” via incest, illustrating the joke with a suggestive hand gesture and mouthing, “Daddy, daddy, don’t do it.”

Gabriel Sherman, a reporter for New York Magazine who’d joined him for the episode, laughs uncomfortably throughout the segment. He’s quick to disassociate himself from the joke once the segment is turned over to him.

“Is that how you see Ivanka?” asked Maher.

Though Sherman attempts to steer away from Maher’s joke, Maher would return to it, calling Ivanka “our only hope […] she’s his kid, and she’s the only one who can get to him, and you know he loves her.”

Maher then returned to the worst part of the joke, adding “If he’s going to do something nutty, we’re going to depend on Ivanka going into that bedroom.”

The Daily Beast was one of several media outlets to say the joke went “too far,” noting that even if the President of the United States gave Howard Stern permission to call his adult daughter a “piece of ass,” (he did), it’s wrong to do the same: “Ivanka Trump is a problematic, puzzling figure, but if liberals are going to castigate Donald Trump for his boorish, sexist behavior, they shouldn’t behave in a similar fashion. “