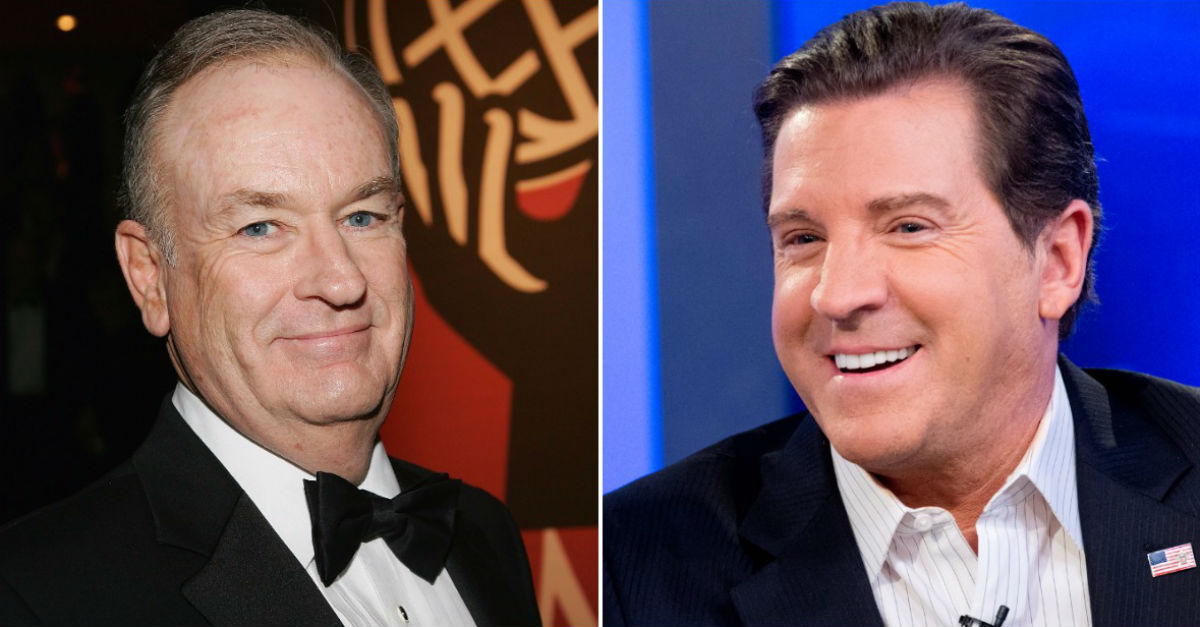 Similar harassment claims led to the death of Bolling’s son, Eric Chase Bolling Jr., the former “O’Reilly Factor” host told New York Times journalists on “The Daily” podcast. “He’s dead because of allegations made — in my opinion and I know this to be true — against Mr. Bolling,” O’Reilly said.

I believe it is beyond inappropriate for anyone to bring in the tragic death of my son Eric Chase Bolling. Just as Bill O’Reilly had wanted to shield his children from the allgations against him, I hope he will honor my request and avoid any future mentions of my son.

“My parting with Fox News was in no way connected to the tragic news of my son’s passing,” he added just before saying that a coroner ruled his son’s death an accident. Bolling’s son was pronounced dead at only 19 years old in September.

O’Reilly later issued an apology to Bolling on Twitter.

Apologies to Eric Bolling and prayers for him and his family. The message I tried to send was that allegations harm kids. Nothing more.