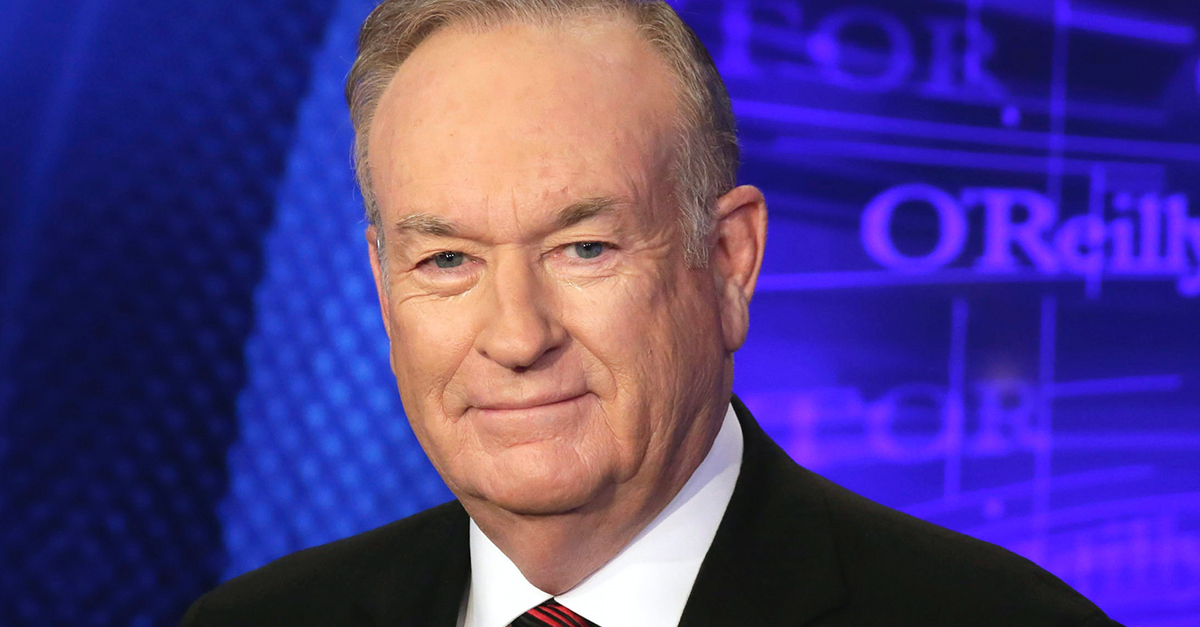 AP Photo/Richard Drew
CORRECTS FROM LAND TO LANE- FILE - In this Oct. 1, 2015 file photo, Bill O'Reilly of the Fox News Channel program "The O'Reilly Factor," poses for a photo on the set of his show in New York. O’Reilly’s next book “Old School: Life in the Sane Lane," is scheduled for release on March 28. (AP Photo/Richard Drew, File)

The sharpest description of Bill O’Reilly comes to us from New Yorker profiler Nicholas Lemann back in 2006. O’Reilly, Lemann wrote, was like “the beat cop for the American neighborhood” and “his liberal guests are like suspects he?s pulled over: in the end, he?s probably just going to frisk them and let them go with a genial warning, but if they try anything, well, he carries a nightstick for a reason.”

Though O’Reilly clearly mediated to the right, the pugnacious Fox News personality wasn’t a conservative ideologue like his counterpart Sean Hannity. He didn’t proceed from principle but rather what he saw as commonsense fealty to American civic religion, and every time some ACLU stooge challenged that patriotic vision by trying to remove a creche from a town park, his sirens would go screaming.

The hypocrisy of that image is now unshakeable. Yesterday brought confirmation that O’Reilly had been fired from Fox after a bevy of sexual harassment allegations against him surfaced. The lawman had become the scofflaw, and it went well beyond that. According to court transcripts obtained by Gawker, O’Reilly was once accused of dragging his then-wife down a flight of stairs by her neck, and later embarking on a dogged campaign of harassment against her after his marriage disintegrated.

If those claims are true?and their sheer volume makes them difficult to deny?then Bill O’Reilly is a terrible human being. And this isn’t even over, according to news reports, which forebode further women waiting in the wings to come forward against O’Reilly and possibly other Fox personalities, too.

Roger Ailes, the corpulent creep who used to chair Fox News until he was pushed out last year by disturbing assertions of sexual misconduct, set the tenor at the top. Former on-air host Andrea Tantaros, who has filed a lawsuit against Ailes, said Fox “operates like a sex-fueled, Playboy Mansion-like cult, steeped in intimidation, indecency and misogyny.” The alleged atmosphere cultivated there was the antithesis of everything Bill O’Reilly, fearless culture warrior boxing the “secular progressives,” styled himself to be. He wasn’t a family man; he just played one on TV.

The hypocrisy reeks of a 1980s televangelist scandal, Jimmy Swaggert nabbed with prostitutes, except O’Reilly pushed far harder on the influence scale than those charlatanical preachers ever could have. His legacy is formidable: more than 20 years as host of “The O’Reilly Factor,” more than 16 years as the most watched anchor on cable, the man who dethroned Larry King in primetime, the standard for TV opinion journalism. That’s how you know the sexual harassment allegations are serious: O’Reilly was such a tentpole at Fox News that there’s no way the ruling Murdoch family would have toppled him without extensive corroboration.

Again, O’Reilly wasn’t an orthodox conservative, but he was a fixture on a network whose significance to the right cannot be overestimated. Before Fox, television news was dominated by liberals; conservatives through their nonprofit groups could gripe but they couldn’t really mount an effective counterattack. Fox changed all that, dynamiting its way past CNN by granting airtime to conservative-friendly stories that otherwise might have been left out in the cold, from evidence of fake news that ultimately destroyed Dan Rather’s career to the horrors of Kermit Gosnell’s abortion chop shop.

Fox became the blazing sun at the center of a right-leaning solar system, with radio shows and blogs pulling its clips and pitching it stories. All of us who came up through the conservative journalism industry have either been on its shows or watched with glee as its personalities dissected our stories. It’s disheartening to think now that it was perhaps a functional sex den, with the sordid rot spreading all the way to the top.

It is possible that Bill O’Reilly really did see himself in part as a police officer. His 2004 murder mystery novel “Those Who Trespass” features as a protagonist a painfully clichéd Irish cop named (of course) Tommy O’Malley who is at least based in part on the author. O’Malley is the classic fallen lawman, a divorcee who beats up his suspects on occasion but who you nonetheless root for because he’s the closest thing to a guardian angel that burning early-1990s New York has.

That’s likely how O’Reilly saw himself, a peccadillo-ridden male antihero. Unfortunately for him, he’ll now be remembered not for fighting evildoers but for becoming one.