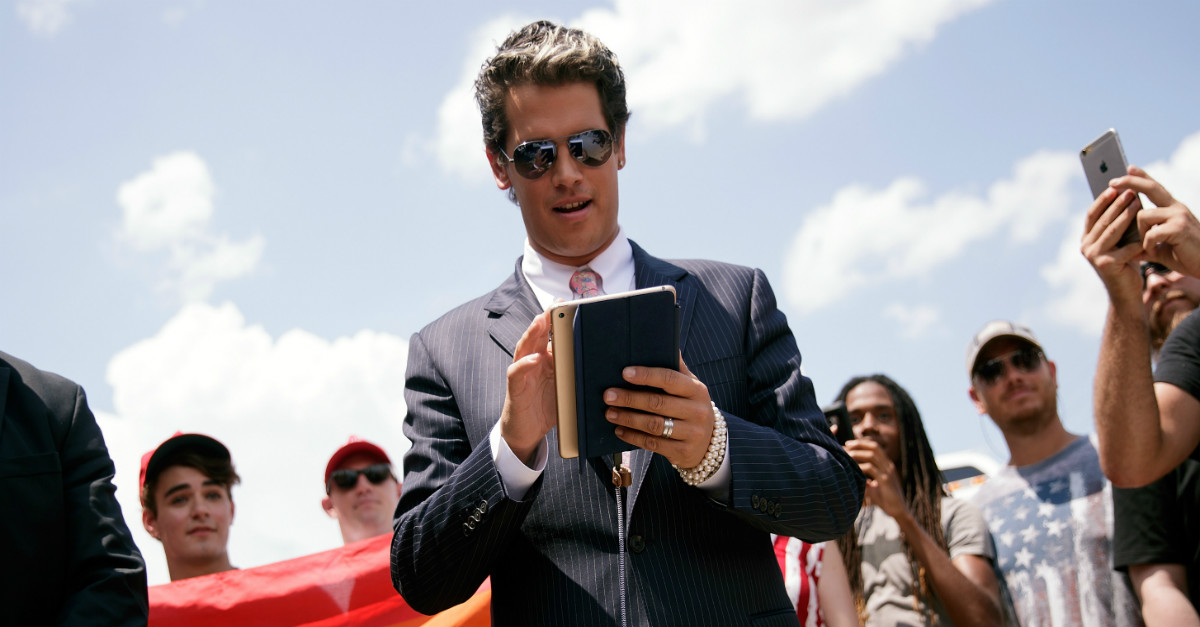 Drew Angerer/Getty Images
ORLANDO, FL - JUNE 15: Milo Yiannopoulos, a conservative columnist and internet personality, holds a press conference down the street from the Pulse Nightclub, June 15, 2016 in Orlando, Florida. Yiannopoulos was briefly banned from Twitter on Wednesday. The shooting at Pulse Nightclub, which killed 49 people and injured 53, is the worst mass-shooting event in American history. (Photo by Drew Angerer/Getty Images)

This is a must watch!

RELATED: Leslie Jones had a message about Milo Yiannopoulos following a weekend of controversy

Amid growing pressure from the fallout, it was announced on Tuesday that Yiannopoulos had resigned from Breitbart:

“I would be wrong to allow my poor choice of words to detract from my colleagues’ important reporting, so today I am resigning from Breitbart, effective immediately. This decision is mine alone,” he wrote in a letter.

Following vocal outrage over the video, ACU chairman Matt Schlapp announced on Monday that the offer to keynote CPAC was officially rescinded:

"@ACUConservative has decided to rescind the invitation of Milo Yiannopoulos to speak at #CPAC2017." pic.twitter.com/sVWGnPCW7C