But many expressed disappointment in her upcoming interview with Infowars host and conspiracy theorist Alex Jones:

Next Sunday, I sit down with conservative radio host @RealAlexJones to discuss controversies and conspiracies #SundayNight June 18 on NBC pic.twitter.com/7bVz6Fobf5

Jones is has made quite the name for himself regarding his conspiracy theories, the most well-known of which is his suggestion that the deadly 2012 mass shooting at Sandy Hook Elementary School in Newton, Conn., was a hoax.

RELATED: Ivanka Trump says she wasn’t expecting such a “level of viciousness” when her father won the presidency

There is no justification for amplifying lies (or a liar), particularly about unimaginable tragedy. I hope no parent, no person watches this https://t.co/nSt1MGGM2U

Clinton even retweeted a tweet by Nelba Márquez-Greene, a mother who lost her daughter, Ana, in the Sandy Hook incident:

Here you go @megynkelly – her name is Ana Grace Márquez-Greene. Say her name- stare at this & tell me it's worth it. @nbc #SandyHook pic.twitter.com/mKrU63KWmA

Kelly’s interview with Jones will air on  June 18 at NBC. 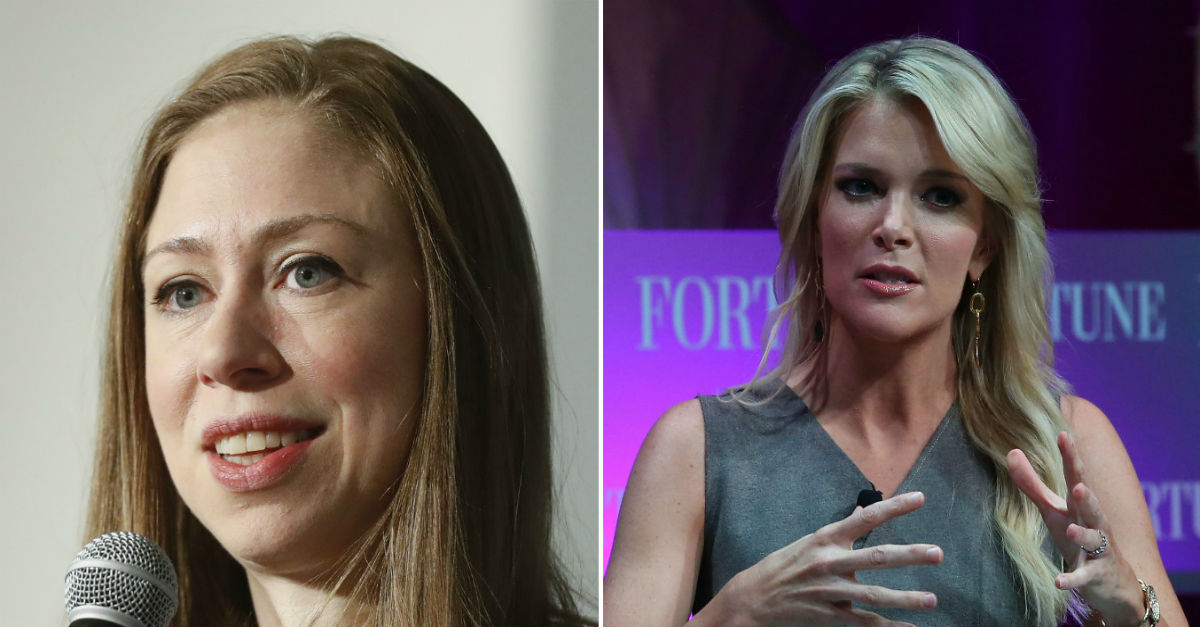