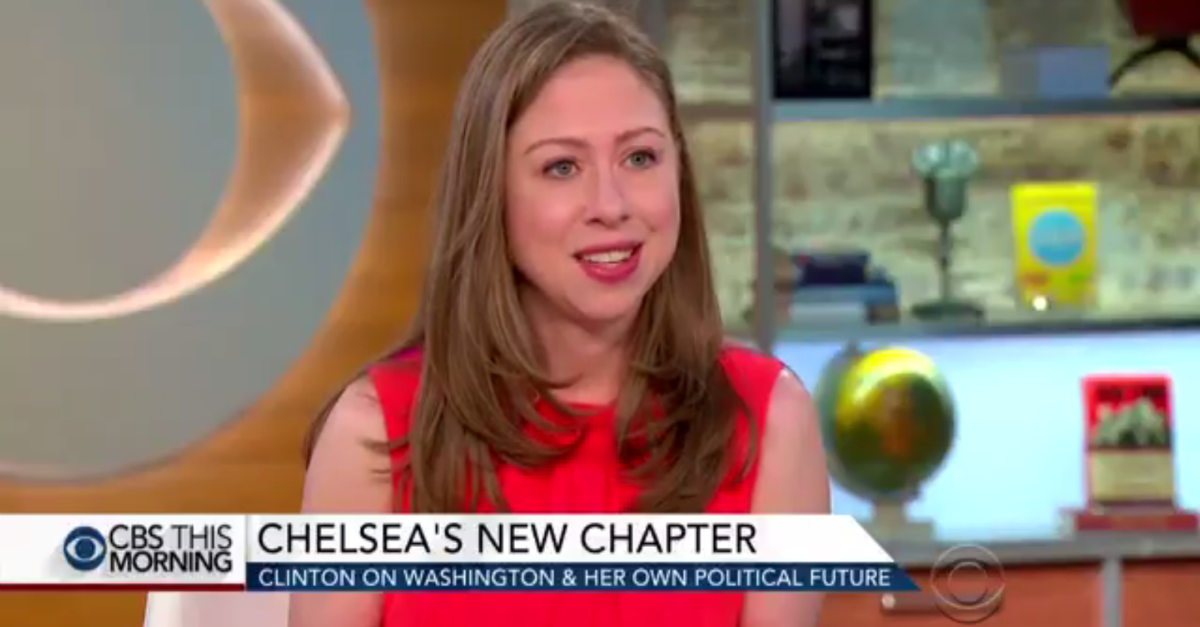 American voters have spent a great deal of time trying to figure out whether or not former First Daughter Chelsea Clinton will run for political office. Though she has denied the rumors, Clinton has also become more vocal about politics and political involvement following the conclusion of the 2016 election.

In fact, Clinton made a statement on “CBS This Morning” that led viewers to speculate on her intentions.

"Right now … no, but I think we all need to be asking ourselves that question periodically," Chelsea Clinton says on running for office pic.twitter.com/BD9aU16Ras

When asked if she would run for office, Clinton vehemently replied, “No.”

Clinton urged citizens get involved outside of election years, stating that there are ways other than running for office to be politically engaged. Clinton also said that she herself didn’t feel as though she was the right person to challenge President Trump in 2020.

But it was her statement on timing that gave pause.

“Right now, the answer is no, but I think we all need to be asking ourselves that question periodically,” she said.

Clinton has found herself in the spotlight as of late, giving interviews, addressing Trump and other members in his administration, and even publishing a children’s book about influential women with a political spin.