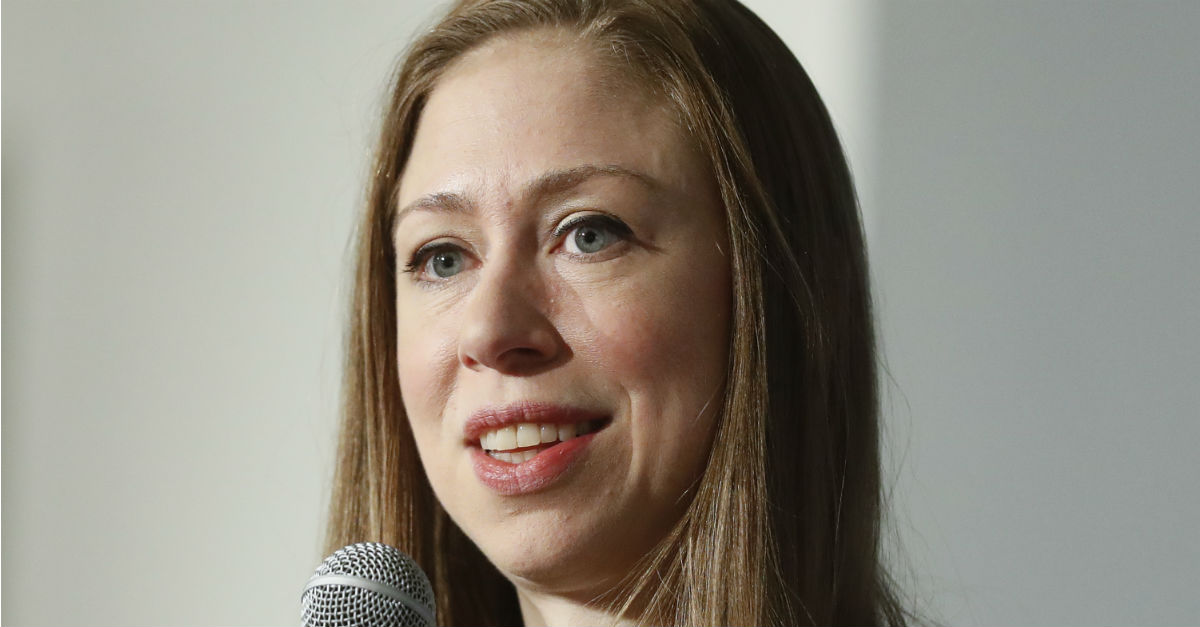 Chelsea Clinton weighed in on the present statue removal debate with a religious analogy:

The story of Lucifer-who rebelled against God-is part of many Christians' traditions. I've never been in a church with a Lucifer statue.

“The story of Lucifer-who rebelled against God-is part of many Christians’ traditions. I’ve never been in a church with a Lucifer statue,” she said, drawing comparisons between the story of God kicking Satan out of Heaven and the Civil War.

After making the tweet, critics were quick to inform her that her premise was incorrect. In fact, many churches had artwork that depicted Satan.

Virtually every Catholic church of St. Michael has the archangel slaying lucifer in some form or another.

RELATED: Two women who accused Bill Clinton of rape ask why his statue is still standing amid national debate

Others criticized what they believed to be Clinton’s religious habits:

Twice this week. In addition to be fortunate to attend services at l'Abbaye de Saint-Benoît-du-Luc, we also visited nearby St. Aidan's.

Even the Church of Satan had a response: