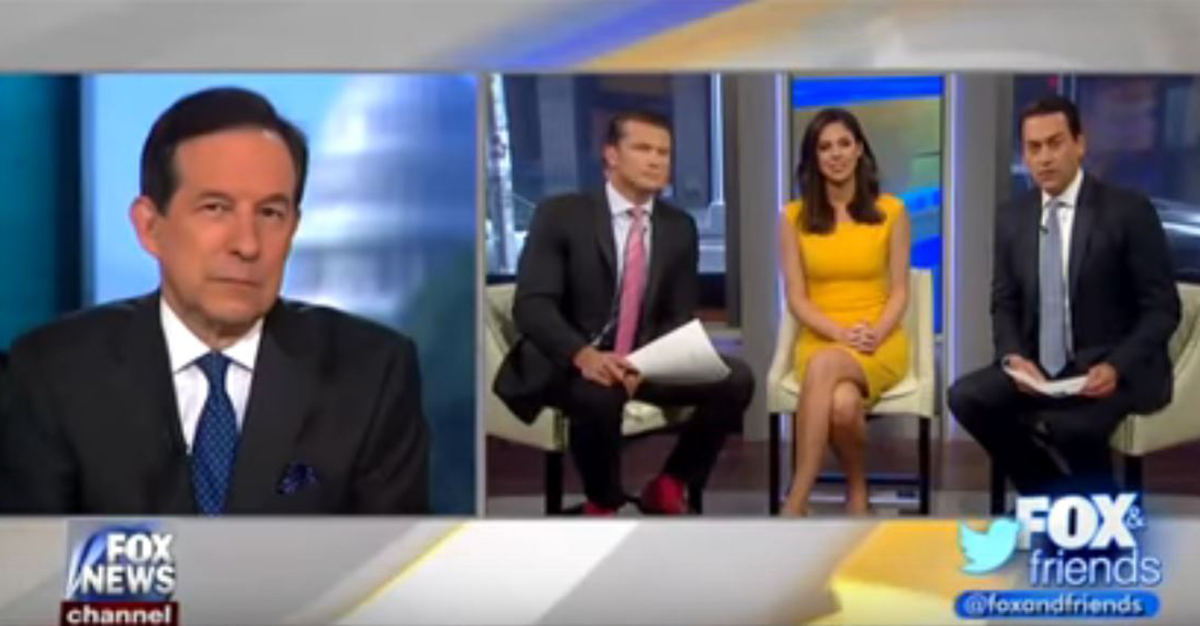 In the aftermath, the network has become a bit obsessive about covering how other news networks are covering Comey’s firing and the FBI’s ongoing investigation into possible collusion between the Trump campaign and Russia. Fox News has mostly considered the Russia investigation a bunch of hot air, and the media’s continued coverage of it as “hysteria,” as “Fox & Friends” co-host Pete Hegseth put it.

And then there is Fox News anchor Chris Wallace, who called last week’s stunning events, “one of the most astonishing weeks” he’s covered throughout his long career that included stints at ABC and NBC before Fox News. Sean Spicer refused to answer a question regarding if President Trump records conversations in the Oval Office, which Wallace called a “non-denial denial.”

Hegseth seemed to think Wallace would simply agree with his take that the media has gone crazy over the Comey story. Wallace joined Hegseth and pals Sunday morning before his own show, “Fox News Sunday,” and delivered some differing opinions than those typically heard on the network.

“We’re talking about the potential that a foreign power interfered in our election; I’d say more than the potential, although the intelligence agencies say it happened,” Wallace said on the show. “The question is whether anybody from the Trump world is involved.”

Wallace then blasted the president for tweeting comments that the investigation is a hoax and a taxpayer-funded charade.

“And that makes you wonder, does he want to get to the bottom of it or just to the end of it?” Wallace said.

Hegseth then remarked that five days after the Comey firing, the media is still pounding on the story. After showing some clips of reporters from other networks, as well as partisan politicians criticizing Trump, Hegseth asked Wallace if it isn’t all just overblown.

The veteran newsman Wallace wasn’t having it.

This is a big story. The fact that we?re continuing to talk about it a week later. This is the first time in history that a president has fired an FBI director who was conducting an investigation that was directly investigating him and his associates … It’s a big story and I think it’s a legitimate story to cover.