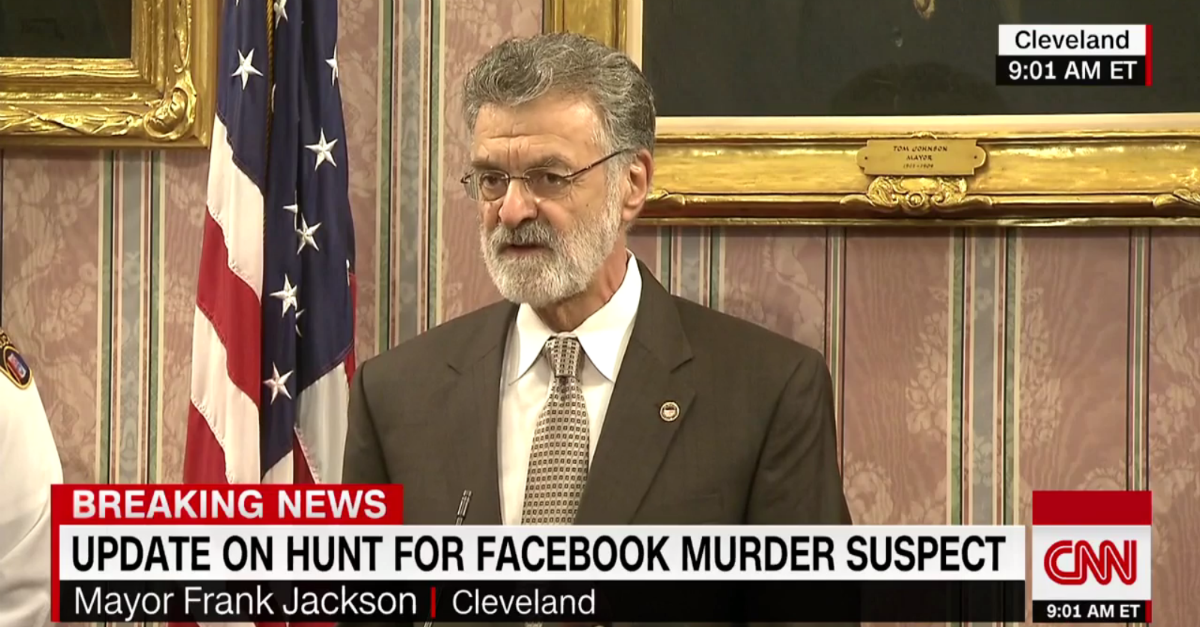 A horrific murder occurred on Sunday when a Cleveland, Ohio man named Steve Stephens fatally shot Robert Godwin Sr., 74. Cleveland residents were put on alert as officials continue to search for the shooter.

"We will find him": Cleveland officials vow to capture Facebook murder suspect https://t.co/AOlbjtoYiy

RELATED: Facebook killer has police on the hunt and he may be hiding in your state

Mayor Frank Jackson began the press conference by offering his condolences to the victim’s family.

“There is a lot of confusion,” Jackson said. He urged the public to pay attention to official information briefs in order to combat any false information. He assured the public that he and other officials “will continue to pursue this into its conclusion.”

Chief Calvin Williams spoke after the mayor, saying that his department and the investigation’s federal partners were following leads to locate the shooter. Williams warned the public to remain safe and encouraged anyone with information about either the shooter or his vehicle to call 911.

“We’re still asking Steve to turn himself in. But if he doesn’t, we’ll find him,” he said.

FBI special agent Stephen Anthony followed Williams, also asking for information on the shooter. Anthony also provided an FBI hotline (1-800-CALL-FBI) should anyone have any information. Anthony said that the description of the shooter and his vehicle would be placed on billboards in the surrounding area.