CNN posts gotcha video of President Trump getting booed in Davos, but it backfired big time 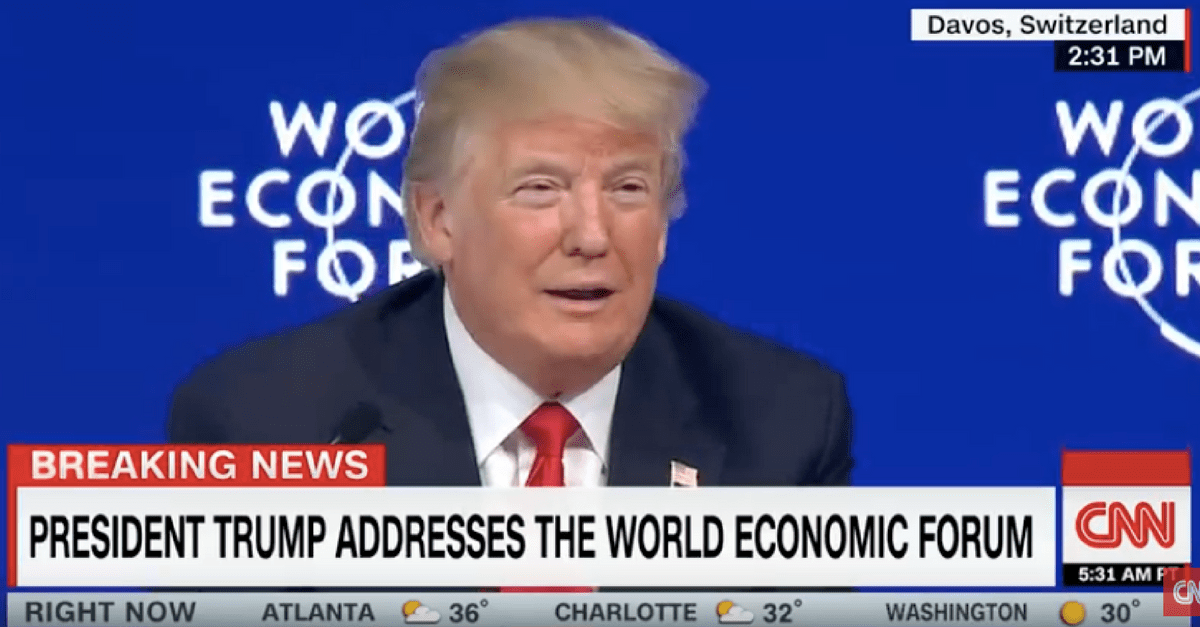 CNN shared a video from President Trump’s trip to the World Economic Forum in Davos, Switzerland, that appears to show him on the receiving end of boos after he called the press “fake,” but YouTube users seem to disagree.

“I’ve always seemed to get, for whatever reason, a disproportionate amount of press or media,” the president said while addressing the forum. “And as a businessman, I was always treated really well by the press. You know, the numbers speak, things happen, but I’ve always really had a really good press. And it wasn’t until I became a politician that I realized how nasty, how mean, how vicious, and how fake the press can be ? as the cameras start going off in the back.”

RELATED: President Trump has announced the winners of his Fake News Awards

His comments were met with a faint booing sound from the audience, which can barely be heard in the video.

“But the bottom line, overall, somebody said, ‘Well they couldn’t have been that bad because here we are. We’re president,'” he continued. “And I think we’re doing a really great job.”

In response, YouTube users ? many of whom insisted the audience was actually “oohing” ? began flooding CNN’s account with a plethora of dislikes and comments defending President Trump.

“People were booing the fake news media that’s who they were booing,” one wrote.

“This is the stupidest video I have ever seen,” another put it bluntly. “Completely missed the rest of the speech. Not even booing.”

“CNN just can’t help themselves with the fake news,” a third commenter said. “Would somebody please change their diapers?”

Throughout his presidency, so far, Trump has railed against what he believes is the “fake news media,” frequently attacking news outlets for reporting negative stories on him. He took his hatred of “fake news” to a whole new level earlier this month when he announced the winners of his “Fake News Awards.” Making the list a total of four times ? more than any other outlet ? was, unsurprisingly, CNN.