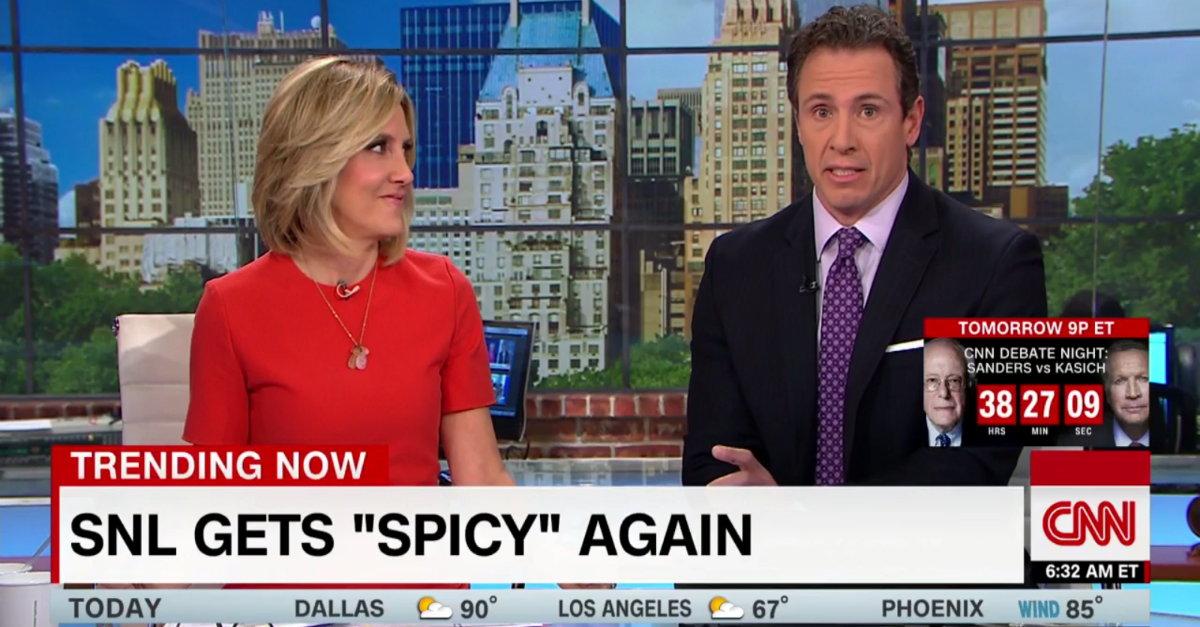 While many anticipated McCarthy’s performance, there was one depiction that didn’t sit well with Chris Cuomo, co-anchor for CNN’s “New Day.”

"I thought it was mean. Not funny" @ChrisCuomo says SNL may have taken jokes about Sarah Huckabee Sanders too far https://t.co/jBHKUU4XO1

RELATED: If the rumors are true, here’s who is likely to replace White House press secretary Sean Spicer

“You know the ‘SNL’ writers are just enjoying themselves,” remarked co-anchor Alisyn Camerota.

“You guys were mean about Huckabee Sanders,” he said, addressing “SNL” directly. “You were fat-shaming her; you were talking about how she looks and what she wears. I thought it was mean. Not funny.”