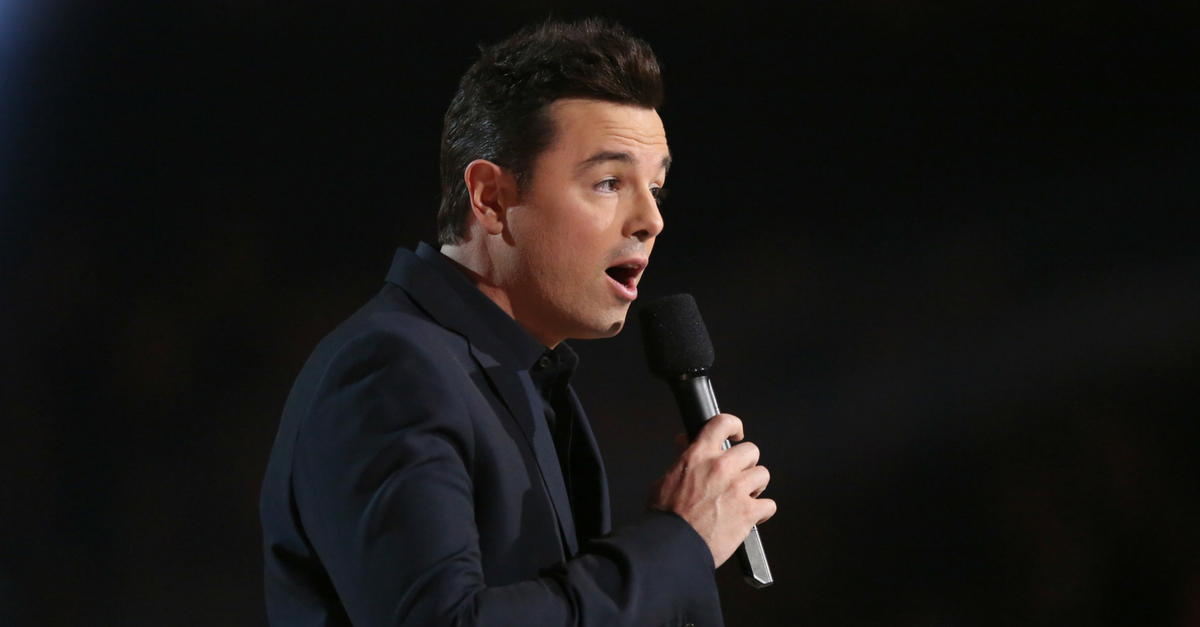 Matt Sayles/Invision/AP
FILE - In a Monday, Feb. 15, 2016 file photo, Seth MacFarlane presents the award for best musical theater album at the 58th annual Grammy Awards, in Los Angeles. Family Guy creator MacFarlane is helping the Boston Pops kick off its spring concert series. The 42-year-old actor and filmmaker will be the orchestra's opening night guest May 6, 2016. He'll be singing a selection of popular songs from the 1940s and 1950s, according to the ensemble.(Photo by Matt Sayles/Invision/AP, File)

The television show sent out a mailer to Emmy voters featuring main character Peter Griffin dressed in Conway’s inaugural outfit on the cover — which the general public was not feeling at all. The top of the image said “Alternative Fact: We are the smartest comedy on television,” another hat tip to Conway.

RELATED: “SNL” asks “Where in the World is Kellyanne Conway?” with perfect ’90s nostalgia

Though the show and its creator Seth MacFarlane are well-known for their offensive content, conservatives on Twitter made their distaste known:

Family Guy was funny before it was canceled. And before Seth became a full on demented liberal idiot. https://t.co/0dFmx1hMUV

@thehill This is not how you want your career to go.

@thehill I'm so old that I remember when sexist attacks on women were considered a bad thing.

RELATED: Kellyanne Conway believes she knows why Anderson Cooper rolled his eyes at her

“Family Guy” is the first animated series to be nominated in the Outstanding Comedy Series since “The Flinstones” in 1961. But while the show is a four-time nominee in the awards show, it has yet to take home a prize. Nominations are set to be announced in July.