D.L. Hughley pointed out the hypocrisy of people’s reactions to President Trump 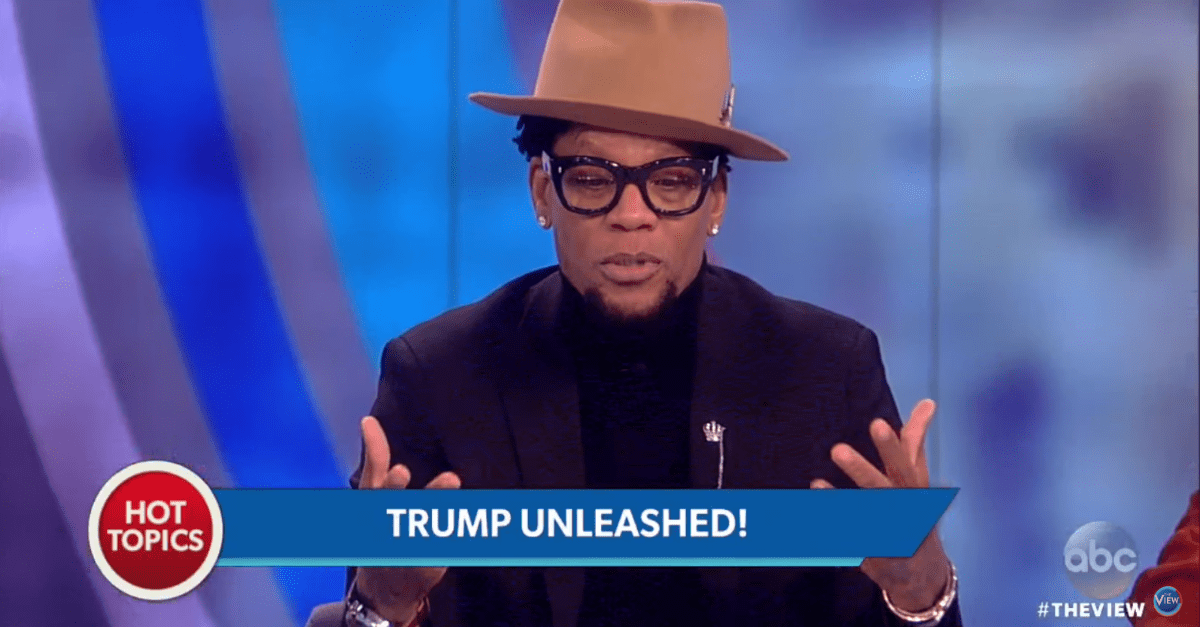 Comedian and political commenter D.L. Hughley appeared as a Friday guest on ABC’s “The View.”

There, he took issue with Trump’s lack of understanding on some issues.

According to Hughley, Trump’s public ignorance about some topics was excused. This response, he argued, was disproportionate to how former President Obama would have been treated, “I look at Donald Trump and I go, ‘I’m glad the first black president wasn’t that dumb.’ If Barack Obama was ill-informed, he’d be on fire.”

RELATED: President Trump’s answer to a journalist’s question about the Congressional Black Caucus turned some heads

The president has faced numerous criticism in recent weeks for what others seem to see as a lack of studying.

At the beginning of February, Trump referred to historical figure Frederick Douglass in a way that caused many to question whether or not he was fully aware of who he was speaking about. Though the comment was made in passing, his critics clung to every word.