Days after calling her a “harlot,” Chelsea Handler made a cruel joke about Sarah Huckabee Sanders 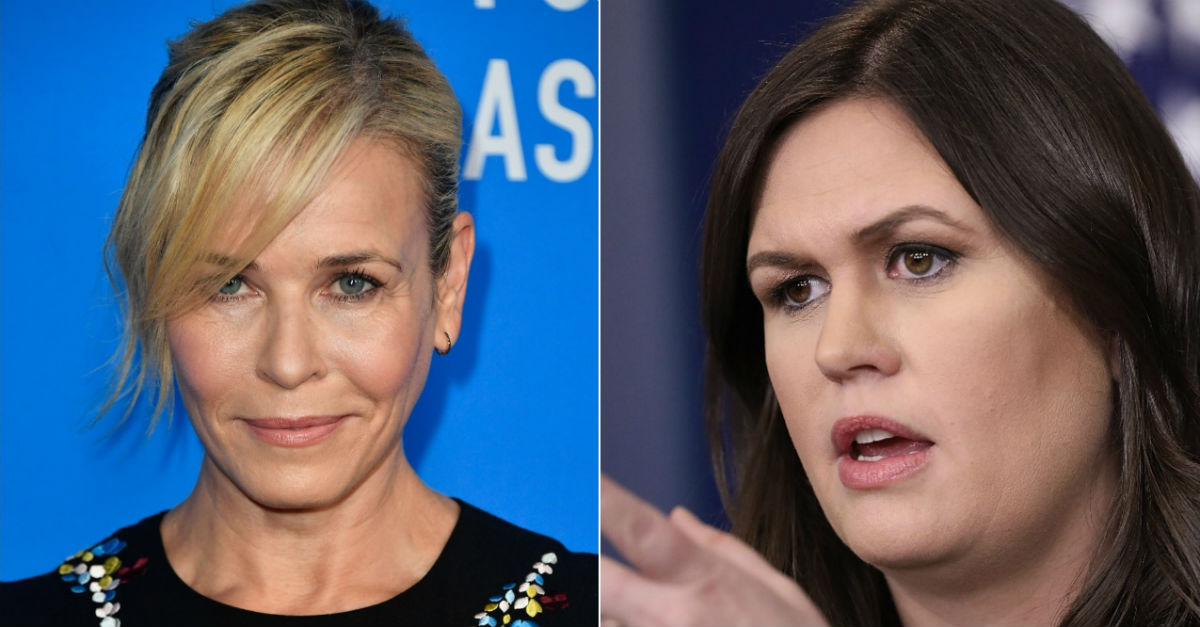 Less than a week after calling her a “harlot,” Chelsea Handler went after White House Press Secretary Sarah Huckabee Sanders to tease a Friday episode of her Netflix show.

Handler had an impersonator show up and do a mock makeup tutorial. The impersonator played Sanders in a way that made her appear unintelligent and included commentary on her size, looks and politics.

“Glad to see how much of a strong feminist you are, by promoting positive body image of other females,” wrote one user.

Handler defended herself, saying that Sanders “deserves to be taken down. She is pure evil.”

Just days before, Handler spoke negatively of Sanders on her Netflix show, branding her a “harlot” that the administration is “trolloping out every day.” She also criticized the press secretary’s makeup, cleavage and “summer whore lipstick” while calling her a “trollop.”

[Handler] boasts about the two abortions she had at 16. I think in many ways, she’s jealous of my daughter. My daughter has a husband who loves her and is wonderful to her. My daughter has three delightful children. She’s a happy, balanced person; she enjoys life, she’s a pretty straight-laced person, goes to church, and lives a life Chelsea Handler has never known. And I really think that there’s something deep inside of Chelsea Handler that says, “Gee, I’ve missed out on a lot. I could be raising children, but I aborted them.”

Handler is not the first person who has been criticized for making fun of Sanders’ looks.

“You guys were mean about Huckabee Sanders,” he said, addressing the sketch show directly. “You were fat-shaming her; you were talking about how she looks and what she wears. I thought it was mean. Not funny.”

RELATED: Columnist apologizes to Sarah Huckabee Sanders for “insensitive” remarks on her appearance