“Does that make you feel good at night?” — “The View” throws down over saying Hillary won 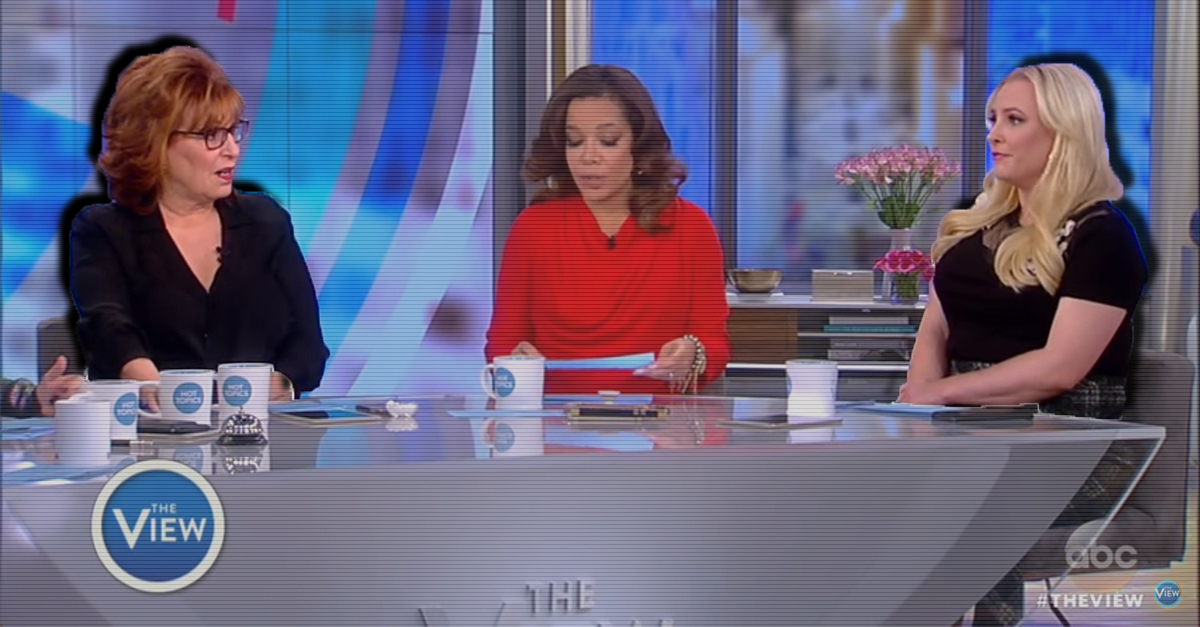 Tuesday’s episode of ABC’s “The View” might have been the spiciest one yet as the co-hosts fought over Hillary Clinton winning the popular vote.

Meghan McCain’s father, Sen. John McCain (R-Ariz.), criticized Clinton’s post-election behavior and her book, “What Happened,” in an interview with Esquire. He drew on his own experiences after losing the 2008 election to former President Barack Obama.

“What’s the f**king point? Keep the fight up? History will judge that campaign, and it’s always a period of time before they do,” he said. “You’ve got to move on. This is Hillary’s problem right now: She doesn’t have anything to do.”

RELATED: Fans finally got a peek at Meghan McCain’s wedding dress after her secret ceremony

“He learned after his lost that the hardest thing to do is just shut up. Is he right?” she asked.

Joy Behar, who is not shy about her support for Clinton, answered and said that she thought the senator was “wrong.”

Sara Haines, who also voted for Clinton, argued that Clinton’s post-election behavior did not “look good” for optics because she didn’t win the election. Behar interrupted Haines to tell her that Clinton won the popular vote, which was also vocalized by Sunny Hostin.

“Does that make you feel good at night?” Meghan McCain asked Behar. “Because if I were you, it would not make me feel better.”

The conversation quickly turned, with McCain asking Behar if she ever had experience losing an election, referring to her father’s 2008 campaign. After a quick word from Goldberg, McCain, Behar and Hostin continued their conversation with less hostility.