On Monday, CNN announced the release of a special edition of “Unprecedented.” The book, which was initially released in December, explores the 2016 election and President-elect Donald Trump’s eventual victory:

At the same time CNN tweeted out the special edition, Trump tweeted his frustration over the picture used for the book’s cover:

“Hope it does well but used worst cover photo of me!” he told his followers.

CNN’s “Reliable Sources” host Brian Stelter theorized that the timing of Trump’s tweets coincided with Stelter’s own appearance on air.

Stetler had mentioned that even Trump thought that he would not win the presidency. Following the comments, Trump took to Twitter to speak not only of the book, but of “media outlets and pundits” who said that he thought he would not win:

12:55pm: I was on @CNN talking about the "Unprecedented" book and Trump's doubts he would win. Then he tweets about both. Coincidences? pic.twitter.com/hvhokeTuuZ 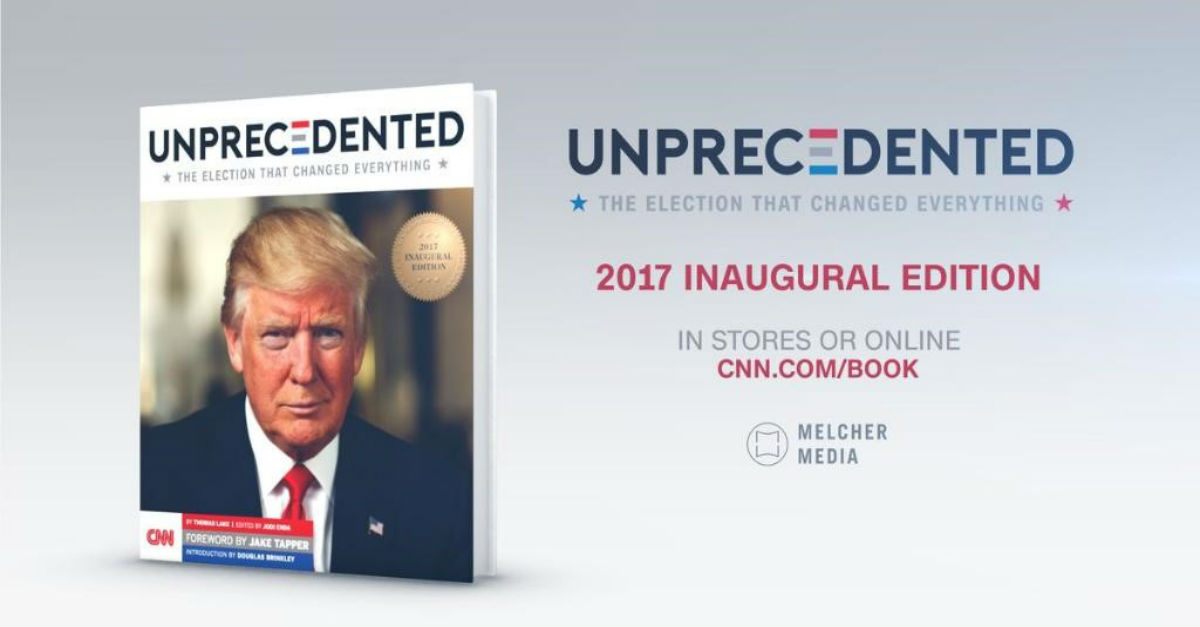