President Trump took questions at the conclusion of a Thursday afternoon press conference.

He called on CNN White House Correspondent Jim Acosta, with whom he has already shared an uncivil exchange in which he called the outlet “fake news.”

Trump took Acosta’s question with much hostility, taking shots against the network as Acosta asked his question.

“Your ratings aren’t as good as some of the other people that are waiting,” Trump said.

Halfway through the interview, Trump aired a personal grievance about a CNN show for hosting panels that often disagreed with his actions.

Trump praised “FOX & Friends,” the Fox News morning show, for their treatment of him. Then he spoke about a CNN show “which goes on at 10 o’clock in the evening.”

“That is a constant hit,” he told Acosta. “The panel is almost always exclusive anti-Trump. The good news is, he doesn’t have good ratings.”

“CNN Tonight with Don Lemon” is the show that usually fills the time spot to which Trump was referring. Host Don Lemon often hosts panel discussions with guests such as Trump supporter and political pundit Kayleigh McEnany, GOP communications strategist Paris Dennard and Democratic strategist Symone Sanders, who once said on the show that Trump did not “care about black people.”

Trump later criticized CNN again, saying that he won because he gave speeches, not because voters watched CNN.

Acosta attempted to ask a follow-up question when Trump said that CNN was “very fake news.” From there, Trump informed Acosta that he had checked Labor Secretary choice Alexander Acosta’s family tree to make sure the two were not related. 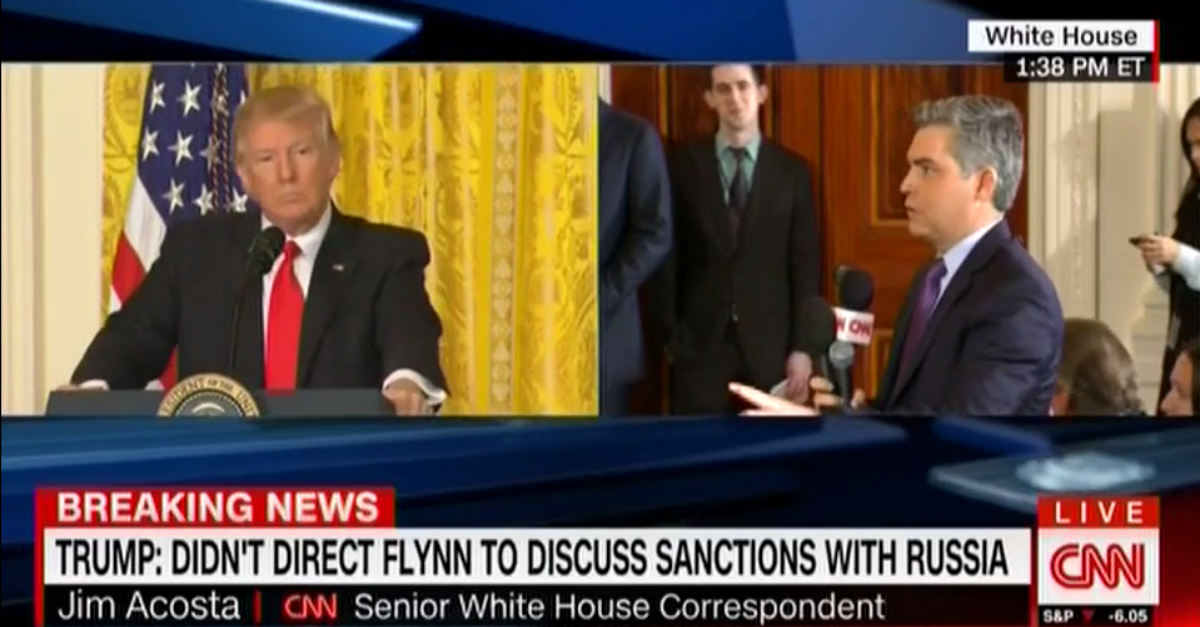