Donald Trump’s joke about Susan B. Anthony did not go over well with his critics 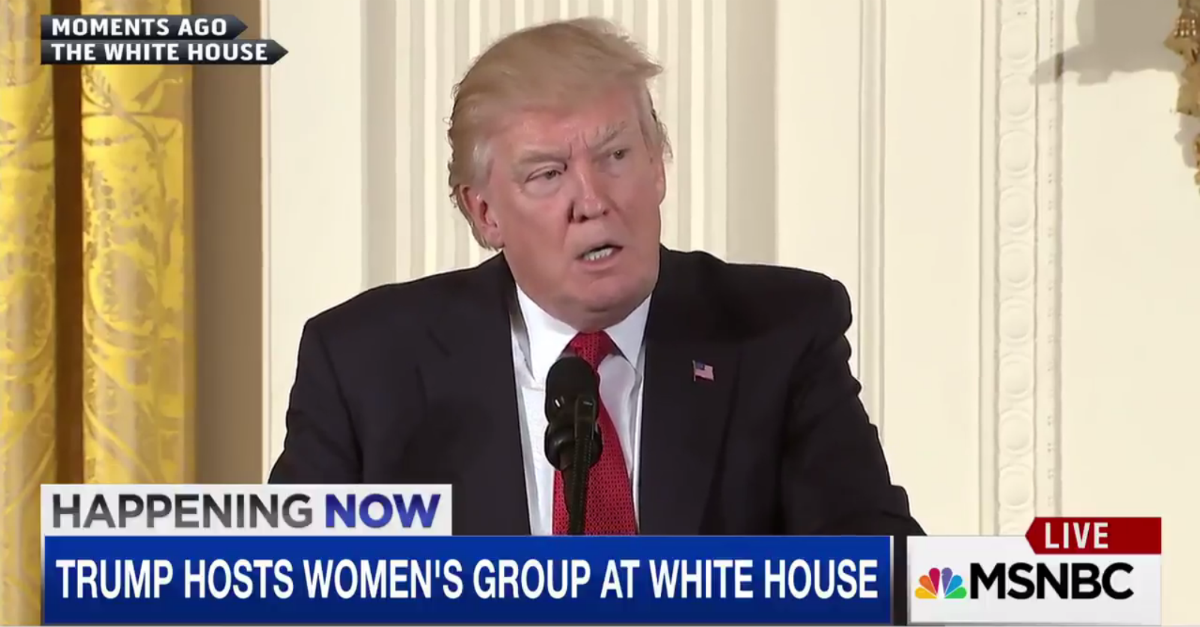 .POTUS & I were thrilled to stop by the Women's Empowerment Panel held at the @WhiteHouse today! pic.twitter.com/OuE3DnUKtN

There, the president praised the women on his staff as well as notable female historical figures, such as former first lady Abigail Adams and abolitionist Harriet Tubman, in a speech.

RELATED: Backlash quickly followed when the Department of Education misspelled an important name

Trump then made a joke when he introduced suffragist Susan B. Anthony, asking if anyone had heard of her:

“Have you heard of Susan B. Anthony?” Trump jokes at a women’s empowerment event at the White House pic.twitter.com/lhOljPGZj6

Though the room laughed, there were others who did not see the humor in Trump’s statement:

"Have you heard of Susan B. Anthony?" the president asked a group of women today at the White House.

Today Trump asked a group of women "Have you heard of Susan B. Anthony?" This is her grave after the 2016 election. Yeah, we've heard of her pic.twitter.com/U2RWnZLpAX

In these troubling times, thing that keeps me going is hearing about amazing work Susan B. Anthony & Frederick Douglass are doing.

Even former First Daughter Chelsea Clinton had something to say:

Do you think Trump knows Susan B. Anthony & Frederick Douglass were friends? Worked together on universal suffrage? (Knows who they were?) https://t.co/fY5Zi171wO

Just a month earlier, the president had some scratching their heads after he made a comment about notable abolitionist Frederick Douglass which caused many to wonder whether or not Trump or White House Press Secretary Sean Spicer knew much about him.

Douglass’ descendants said that they appreciated the president’s mention of Douglass regardless.