Former Secretary of State and Democratic presidential nominee Hillary Clinton sat down for an interview with CNN’s Christiane Amanpour where she argued that she lost the presidency due to timing, a letter from FBI Director James Comey reopening her email investigation during the campaign, and a WikiLeaks email dump. Despite that, Clinton still said that she took “full responsibility” for her loss.

RELATED: Hillary Clinton makes a very important statement about her next role in politics

Axelrod said Clinton had a “legitimate beef” with Comey’s letter, but said that he was not the primary source of blame for Clinton’s loss.

“Jim Comey didn’t tell her not to campaign in Wisconsin after the convention,” Axelrod said. “Jim Comey didn’t say not to put any resources into Michigan until the final week of the campaign.”

He also said that one common criticism Clinton never fully addressed on the campaign trail was what many saw as an inability to take responsibility for her email server controversy. And to Axelrod, it appeared as though Clinton was still shifting blame. 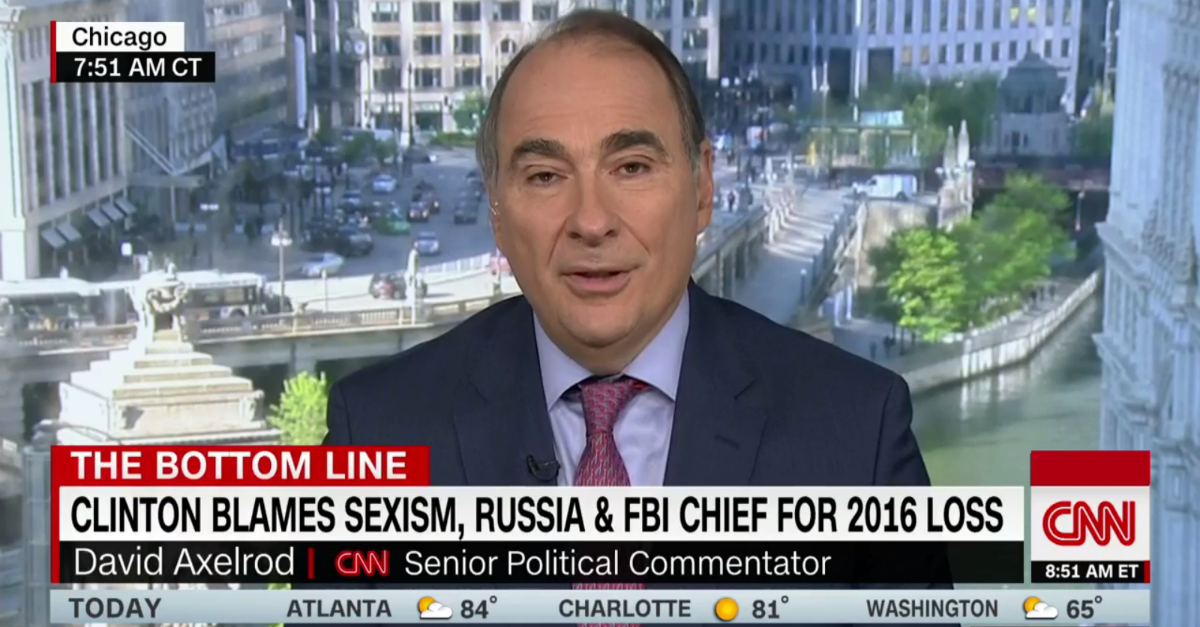