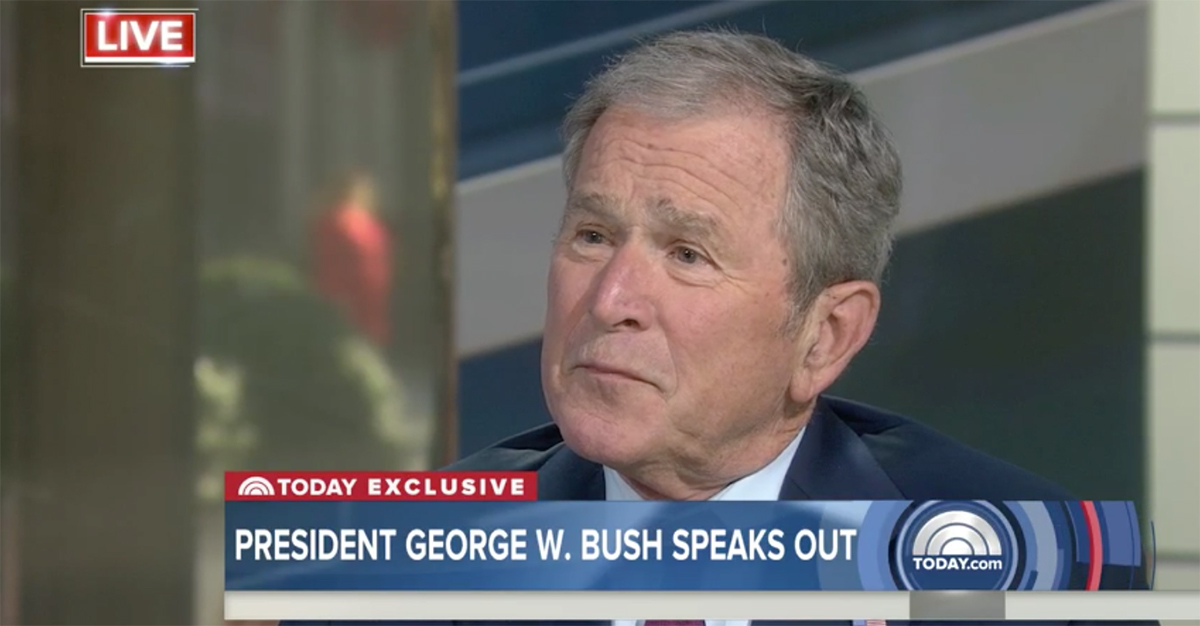 Former President George W. Bush sat down with the “TODAY” show’s Matt Lauer to give his first in-depth interview since Donald Trump assumed the role of commander in chief on Jan. 20. Bush provided his take on several key topics, including Trump?s animosity toward the media, the controversial executive order on immigration policy and the Russian hacking scandal.

The interview began with a general discussion regarding the contentious division of the U.S. in the aftermath of the 2016 election. Bush and Lauer discussed previous historical moments in the history of this country when emotions ran high and people felt equally as polarized and debated how Trump will unify the country. The conversation then turned toward the subject of President Trump’s vilification of the press.

“You were a guy who faced both praise and criticism from the media during your time in office. Even at the times when you were dealing with the worst criticism, where it must have been very difficult to hear and read some of the things that were being said by the press in this country, did you ever consider the media to be the enemy of the American people?” Lauer asked.

Bush immediately made clear that he will always be a fervent supporter of the First Amendment. The 43rd president said a free press is “indispensable to democracy.”

“We needed the media to hold people like me to account,” Bush told Lauer. “Power can be very addictive and it can be corrosive, and it?s important for the media to call to account people who abuse their power.”

Lauer then turned to the subject of the Russian hacking scandal that continues to stir controversy in Washington. Bush said he would leave questions about whether a special prosecutor should investigate up to the Senate intelligence committee leaders. However, Bush did make clear that the American people deserve answers regarding just how influential Russia may have been (if at all) during the 2016 election.

?I think we all need answers,? he said. ?I?m not sure the right avenue to take, I am sure, though, that that question needs to be answered.”

Finally, regarding President Trump’s controversial executive order that banned immigrants from several predominantly Muslim nations from entering the United States, Bush gave a succinct response when Lauer asked him directly if he is for or against the immigration ban.

“I am for an immigration policy that is welcoming and upholds the law,” Bush told Lauer.