A children’s football league in Illinois made headlines over the weekend when an entire football team made up of 8-year-olds took a knee during the national anthem, and “Fox & Friends” spent much of their Wednesday broadcast criticizing the move.

“Well, no wonder Dreamers think they can shout down a duly elected representative of the American people when our own American citizens are showing such disregard for the United States, the flag, and really the blood that has been spilled on behalf of all of us for our freedoms,” Rachel Campos-Duffy reacted to the protest. “I’m the daughter of a veteran and this is deeply offensive. Nonetheless, they absolutely do have the right to do this, but we have the right to get on TV and say this is shameful.”

“You’re never too young to disrespect the country,” Brian Kilmeade chimed in during another part of the show, as it was a reoccurring topic throughout the episode.

The team’s coach Orlando Gooden previously explained his players have been discussing the recent protests in St. Loius following the acquittal of a police officer who shot and killed an unarmed African-American man and allegedly later planted a gun in the man’s car. He believed the discussion it was a “good teaching moment,” and insisted the parents agreed.

“One of the kids asked me if I saw [people] protesting and rioting in St. Louis. I said yes. I said, ‘Do you know why they are doing it?'” Gooden explained, adding that a player responded, “Because black people are getting killed, and no one is going to jail” and asked if the team could take a knee during the anthem as a protest against police brutality and racial injustice.

RELATED: Buffalo Wild Wings apologizes to patrons after a worker muted the national anthem on 9/11 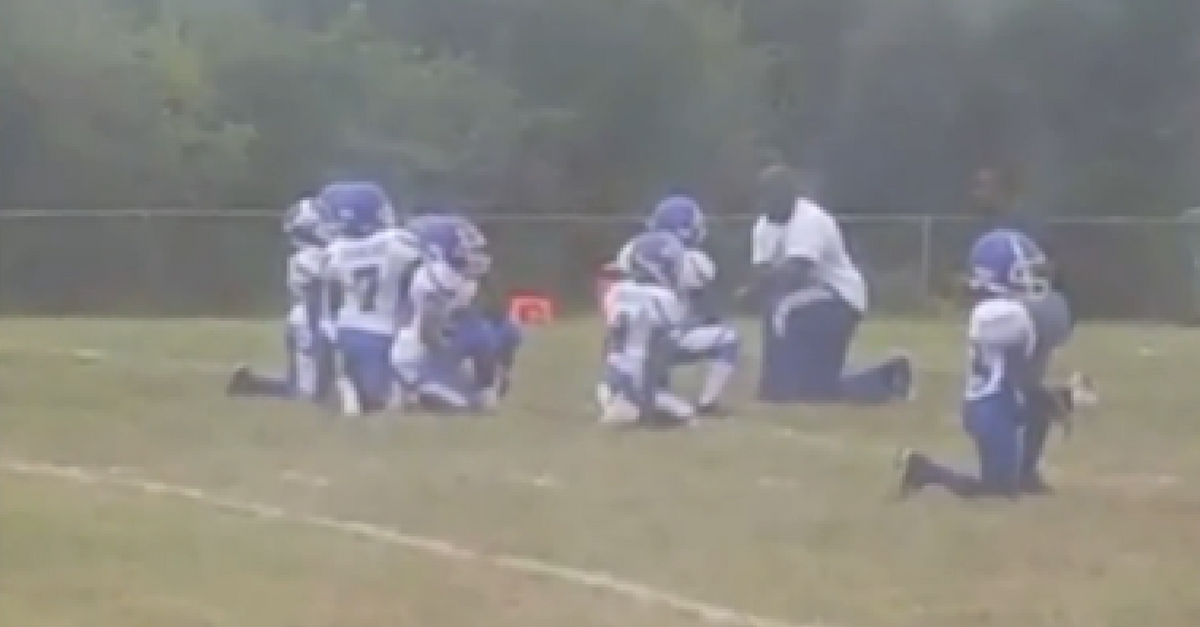