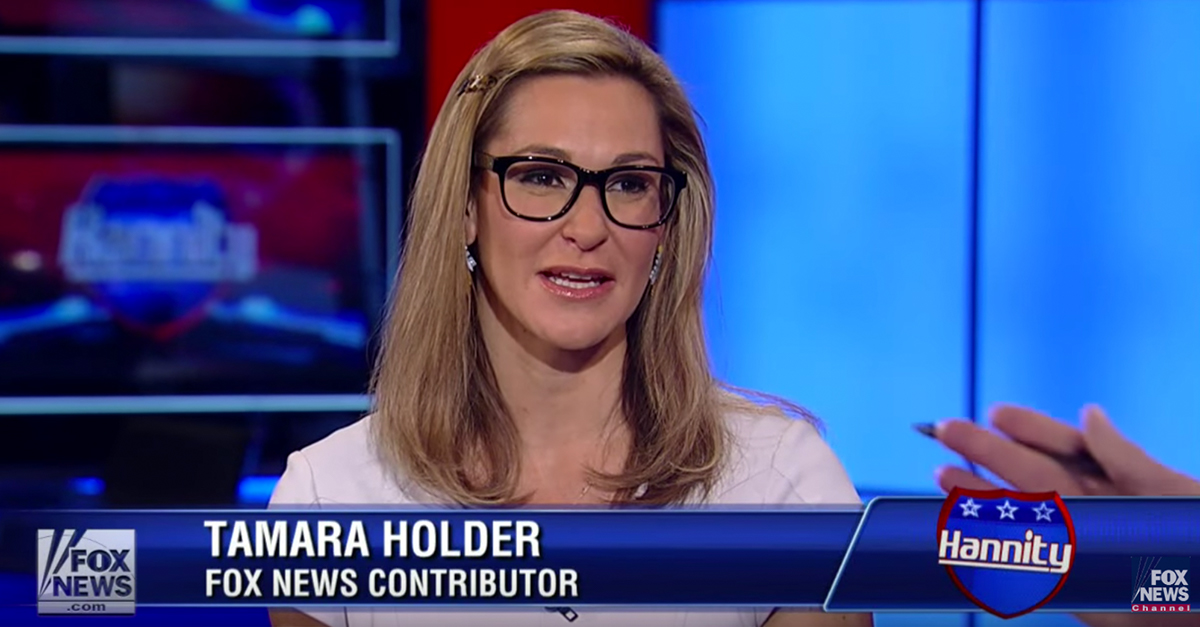 On Wednesday evening, former Fox News personality Tamara Holder announced that she and the network reached a settlement after Holder said she was sexually assaulted at work.

According to Holder, Francisco Cortes, the former vice president of Fox News Latino, tried to force her into performing oral sex on him while they two were in his office. The New York Times reported that Holder claimed Cortes asked her into his office, where he then poured shots of tequila for the two of them, exposed his penis and tried to physically force her into oral sex.

Last September, Holder told her employers of the incident, which occurred in 2015. Fox and Holder released a joint statement regarding the settlement.

In September 2016 Fox News contributor Tamara Holder reported an incident of sexual assault at Fox News headquarters from the prior year. Immediately after Ms. Holder notified Fox News of the alleged incident, the Company promptly investigated the matter and took decisive action, for which Ms. Holder thanks the network. Following the completion of her contract on January 1, 2017, Ms. Holder left the network. Fox News is grateful to Ms. Holder for her many contributions during her tenure at the network and wishes her continued success.

According to the Times, Holder initially stayed silent about the incident because she feared it would have a negative impact on her career.

Holder confirmed the report to the New York Times.

?Yes, I was sexually assaulted. Immediately after I told the company where I worked about the incident, it promptly investigated the matter and took action, which I appreciate,” she said. ?I was told by agents and lawyers that if I opened up, I would forever be ?toxic? and my career would be over.”

Holder joined Fox News in 2010 and was a regular contributor to the network for years. She chose not to renew her contract in January 2017.

According to reports, Holder and Fox reached a $2.5 million settlement in February.

On the day that the settlement was announced, Holder used her Twitter account to send a message about female empowerment to her followers.

“Today is #InternationalWomensDay! I’m happy that women are uniting more than ever before. PS: Every day we should celebrate women!” she tweeted

Today is #InternationalWomensDay! I'm happy that women are uniting more than ever before. PS: Every day we should celebrate women! 💃

News of Holder’s settlement comes less than a year after the resignation of former Fox News Chairman Roger Ailes. Ailes allegedly sexually harassed many female colleagues during his tenure as chairman.

Former Fox personality Andrea Tantaros described the culture at Fox under Ailes’ tenure as akin to life at the Playboy Mansion.

?Fox News masquerades as a defender of traditional family values, but behind the scenes, it operates like a sex-fueled, Playboy Mansion-like cult, steeped in intimidation, indecency and misogyny,? Tantaros claimed in her own lawsuit against the company.