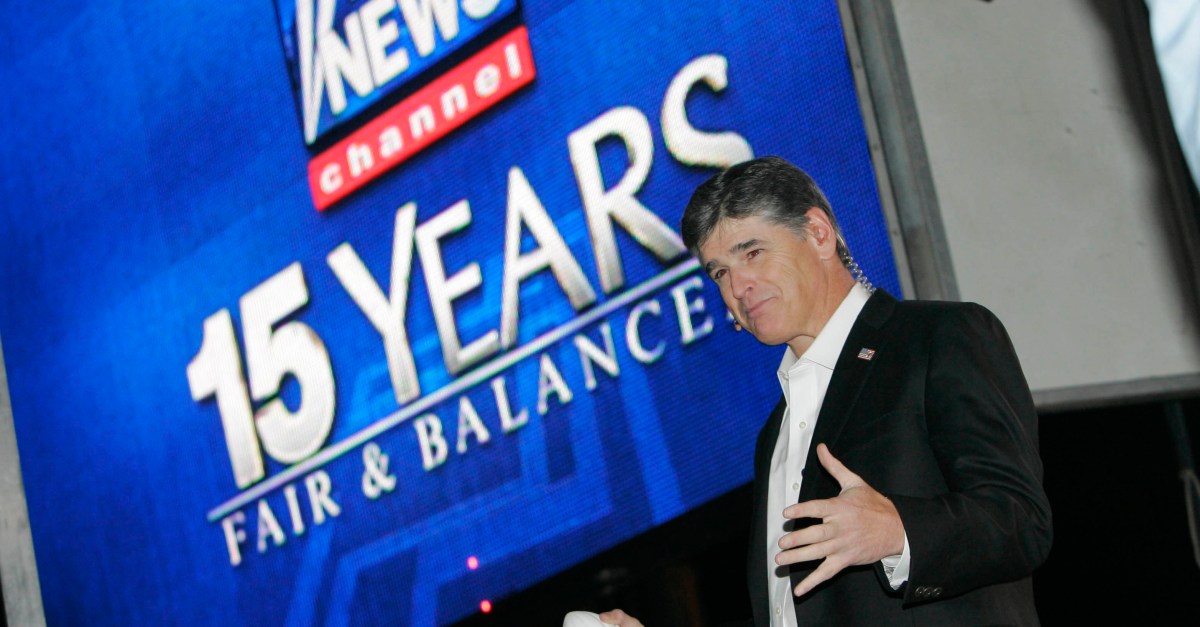 News broke that Fox News anchor Sean Hannity was scheduled to take his Memorial Day weekend vacation, fueling speculation that he might be in trouble with his network.

“Like the rest of the country, Sean Hannity is taking a vacation for Memorial Day weekend and will be back on Tuesday,” they explained. The network also criticized the speculation surrounding his break, saying that those who suggested something else was at play “are going to look foolish.”

Hannity has come under fire as of late for peddling a conspiracy theory about the death of Democratic National Committee staffer Seth Rich and continuing to do so even after Rich’s family asked him to stop.

On Tuesday, Fox News retracted a story about Rich from their own site. Hannity later maintained that he “retracted nothing.”