Menu
Follow us
Search
Menu
Search
President Barack Obama leaves the podium at the conclusion of his final presidential news conference, Wednesday, Jan. 18, 2017, in the briefing room of the white House in Washington.(AP Photo/Pablo Martinez Monsivais)

According to witnesses, as reporters were gathering before the briefing, Fox correspondent Jon Decker pointed at Gateway Pundit reporter Lucian Wintrich and said that they “hate blacks, Jews, Hispanics.”

Buzzfeed News reporter, Adrian Carrasquillo, tweeted about the incident after it happened.

Decker also sent out an email to the White House reporter email Listserv informing them that The Gateway Pundit was admitted to Friday’s briefing.

After the incident, The Gateway Pundit posted a story with the headline, “Lucian Wintrich: I Was Assaulted in White House Press Room – Here Is My Report.”

RELATED: Congress sent a warning to President Trump about his tweets

Wintrich claims that Decker grabbed his arm “in a very aggressive manor [sic] and loudly informed the roomful of MSM journalists that I was ‘anti-black, anti-Jew, anti-woman’ and writing for a Nazi publication.”

Fox News, Decker and another witness who was there at the time deny that any physical altercation took place – only that Decker called out Wintrich.

“Earlier today I had a conversation with a representative from the online publication Gateway Pundit. The conversation was straightforward and direct. I also informed the full White House pool that this representative was present in the Briefing Room,” Decker said in his statement. “At no time did I accost or assault this individual. More than a dozen witnesses will attest to this fact.”

Fox News has confirmed that Decker’s comments to Wintrich were referring to messages that The Gateway Pundit employee had previously posted on Twitter. 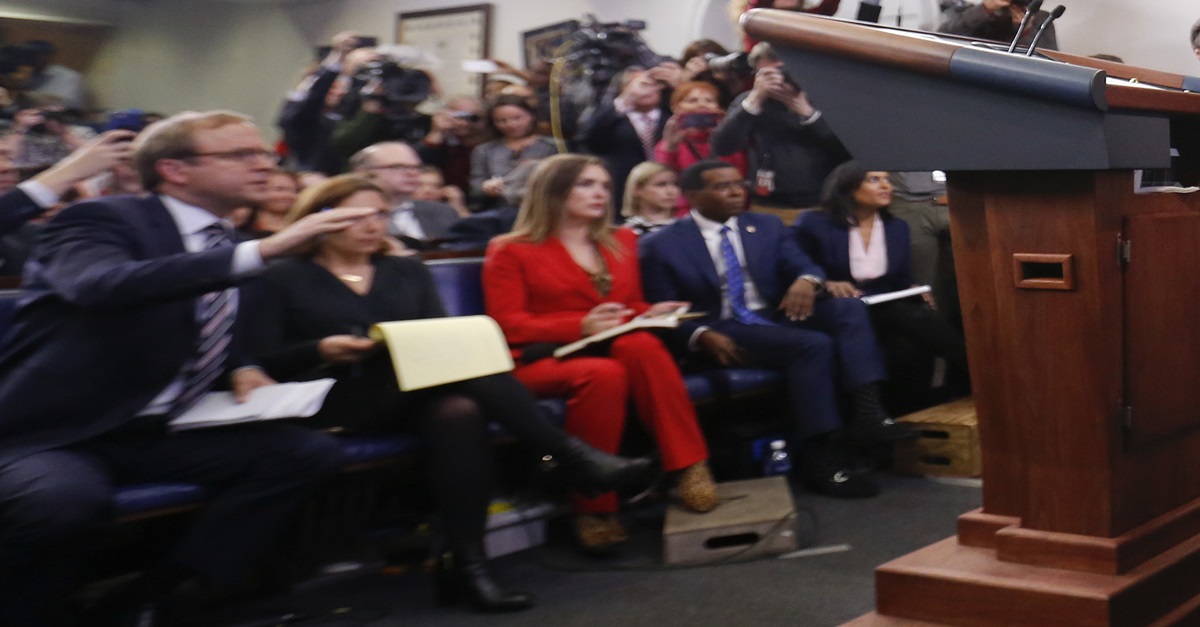