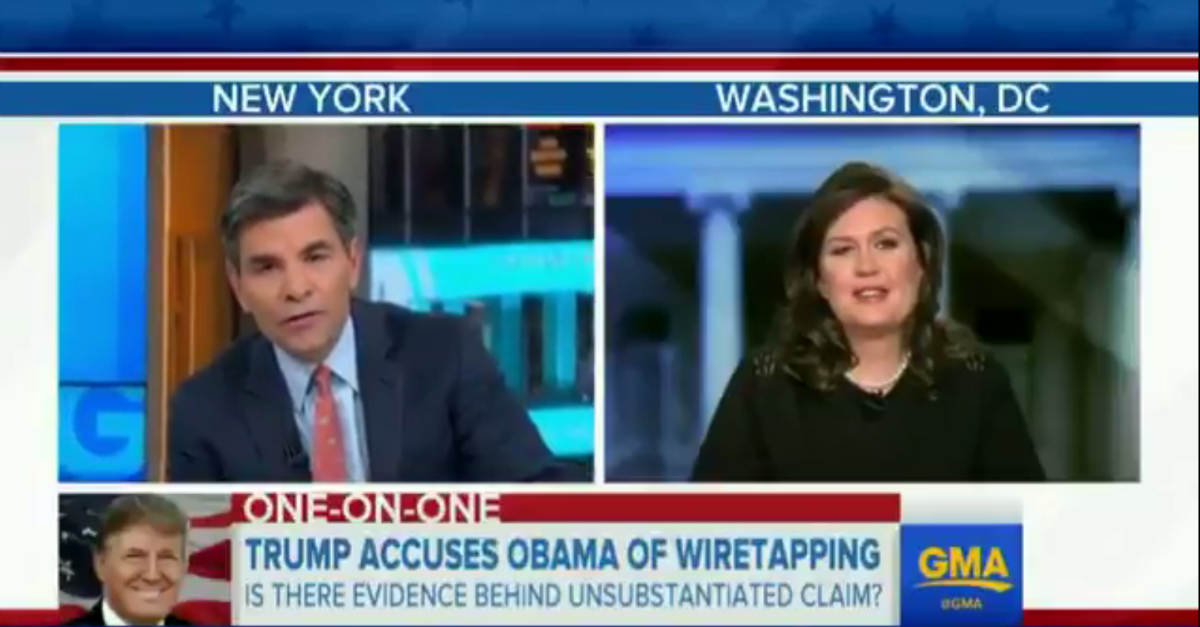 “I don’t think he does,” Sanders responded. “I think he firmly believes that this is a story line that has been reported by quite a few outlets.”

Sanders proceeded to list which news agencies supposedly reported on claims backing the president’s when Stephanopolous stopped her.

“I have got to stop you right there,” Stephanopolous said, disagreeing that the articles listed supported Trump’s accusation. He then asked what evidence the president had.

Sanders and Stephanopolous argued over whether or not an order to wiretap a citizen from the Foreign Intelligence Surveillance (FISA) Court was the same as Obama directing the order. Sanders said that it did, as the Justice Department was under Obama’s jurisdiction at the time.

Stephanopolous interrupted, saying that “there’s a world of difference between a legal wiretap ordered by a president and a court-ordered wiretap approved by a federal judge.”

Sanders restated the administration’s desire to have an investigation.