George W. Bush went on “Today” to see whether or not his daughter really had a job 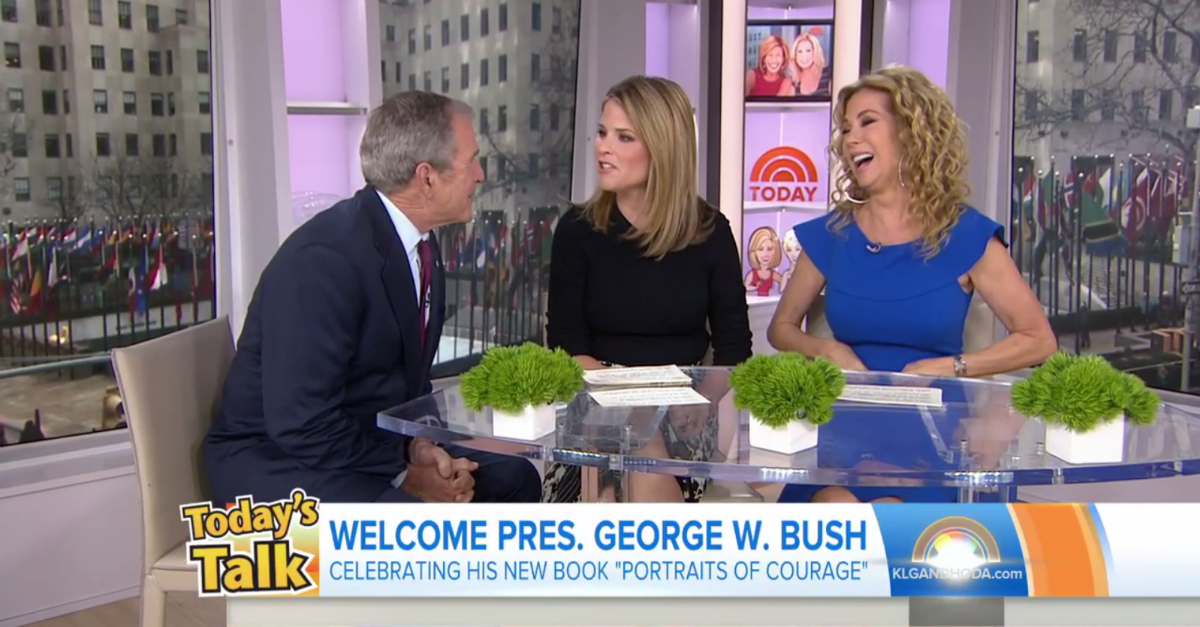 The former president walked out on set with a huge smile and gave his daughter a hug.

“Well, I just wanted to see if my daughter actually had a job,” said George W. Bush on @klgandhoda! https://t.co/TpglAHSv8W

“I just wanted to see if my daughter actually had a job,” he joked.

Hager has worked as an NBC News correspondent for a number of years.

The pair later shared laughs over fond memories and quirky stories, like the time Bush choked on a pretzel or Hager was caught with a fake ID:

WATCH: George W. Bush dishes on if he watches @jennabushhager in the mornings and that one time he passed out from choking on a pretzel… pic.twitter.com/29cpVa9G6j

Bush expressed how proud he was of his daughter.