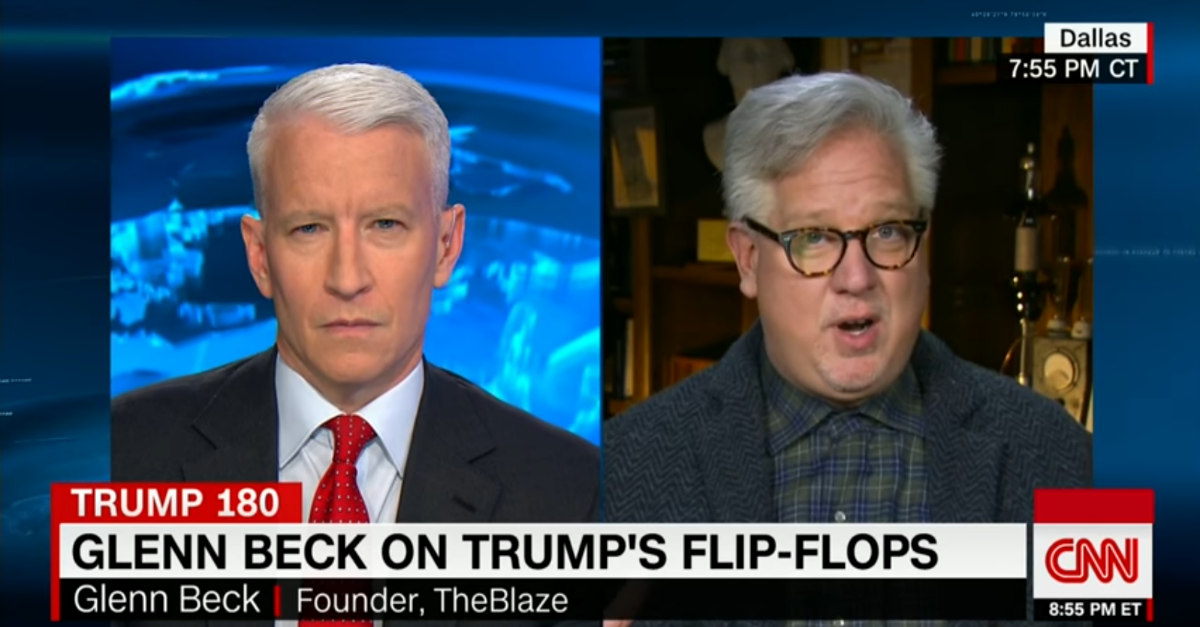 The conservative commentator took to CNN’s “Anderson Cooper 360°” on Thursday to say that the president was just like every politician before him.

“He’s just abandoned a lot of people,” Beck said. Cooper agreed, referring to the president’s recent attitude shift on NATO and other positions on which he campaigned.

RELATED: Glenn Beck tore into Tomi Lahren after she responded to conservative criticism over her abortion stance

Beck said that his “worst nightmare” was that the president would spend too much time giving attention to chief strategist Steve Bannon’s “populist, burn-it-to-the-ground ideology.” And while it seems as though the president is not going that way, Beck wondered in which direction he was headed.

“He’s not going conservative,” Beck observed. He said that he had warned his audience that Trump “doesn’t have a core” and accused the president of being, “on the verge of beginning to look like another Republican who said stuff, didn’t mean it, and turned into Reince Priebus or Paul Ryan.”