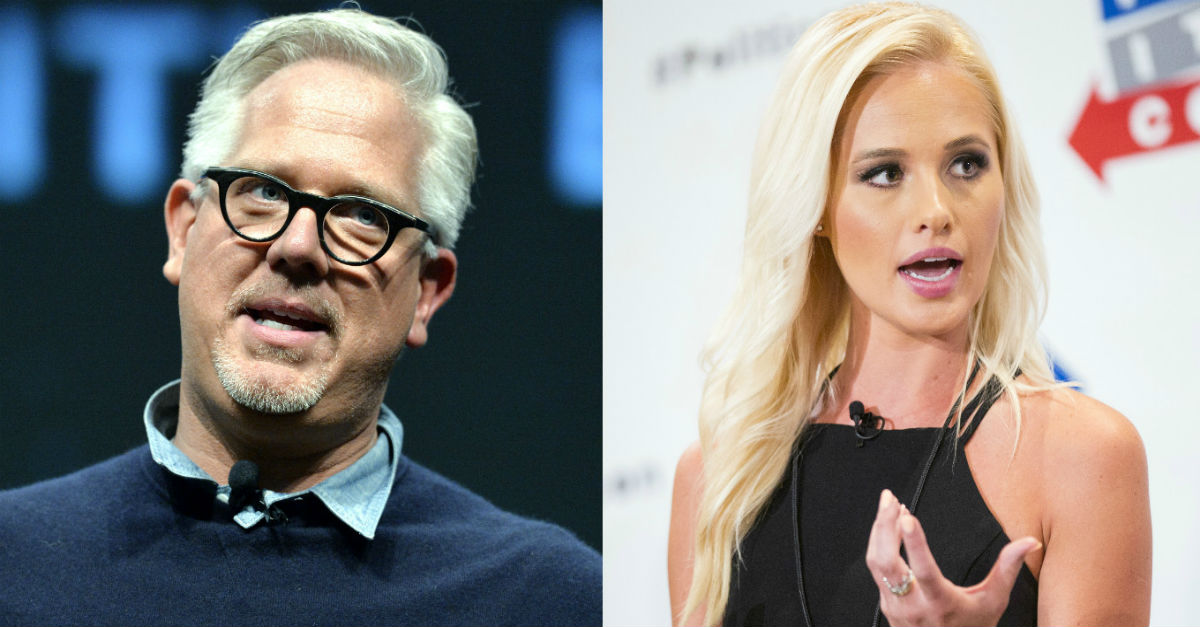 Controversial commentator Tomi Lahren of TheBlaze was set ablaze after she said that she was pro-choice during a Friday interview on ABC’s “The View.”

“I am a constitutional, someone that loves the Constitution,” she explained. “I can’t sit here and be a hypocrite and say I’m for limited government, but I think that the government should decide what women do with their bodies.”

On Saturday, Lahren responded to criticism from other conservatives by tweeting out that she had “moderate, conservative, and libertarian views” on Twitter:

I have moderate, conservative, and libertarian views. I'm human. I will never apologize, to anyone, for being an independent thinker.

“I’m human. I will never apologize, to anyone, for being an independent thinker,” she declared.

Glenn Beck, founder of TheBlaze, had his own thoughts on her statement:

Wait, libertarian views? Help me out on Trumpcare, stimulus, and executive orders. Trump is anything but libertarian. #intellectualhonesty https://t.co/jlt5sFvQMP

“Wait, libertarian views? Help me out on Trumpcare, stimulus, and executive orders. Trump is anything but libertarian. #intellectualhonesty,” he wrote.

RELATED: Tomi Lahren explains why she supported President Trump despite accusations of misogyny

Beck tweeted out a response to Lahren’s statement earlier in the weekend:

He also retweeted a video from “The Reagan Battalion,” which looked at some of Lahren’s earlier thoughts on the abortion debate before her Friday interview:

Only 3 months ago, @TomiLahren considered an abortion to be murder, today, she branded pro life conservatives as hypocrites. #NoPrinciples pic.twitter.com/8BqoQTOyD1

This isn’t the first time Beck had addressed something Lahren wrote on Twitter.

Following the resignation of former Breitbart editor Milo Yiannopoulos, Beck and Lahren made several tweets that appeared directly in contrast with the other over the right-wing provocateur.

RELATED: Tomi Lahren defends the moment that one outlet said ?exposed? her on national TV

On Sunday, The Daily Caller reported that Lahren “will likely be leaving The Blaze in September if not sooner.”

Beck indicated that he would respond to the allegation on Monday:

Beck then rounded out the evening by tweeting out a criticism of both Lahren and himself:

Peter Heck gives me no quarter and he shouldn't. This is how conservatives should behave. Bold & honest questions. https://t.co/W3E9JnFtnN

“Peter Heck gives me no quarter and he shouldn’t. This is how conservatives should behave. Bold & honest questions,” he wrote.