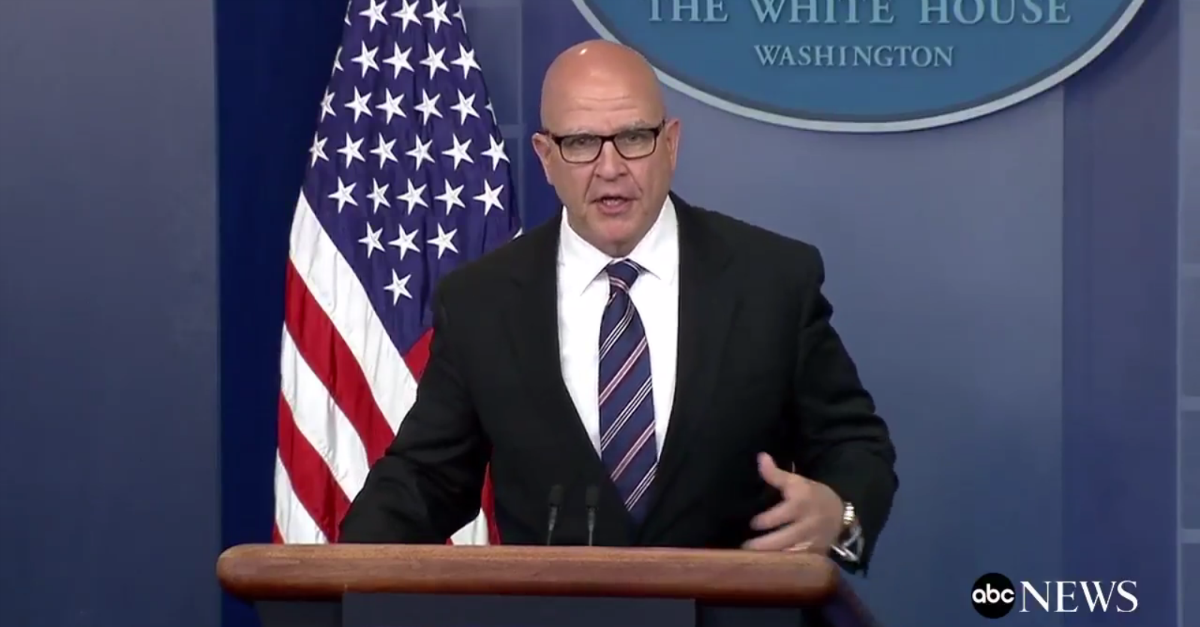 National Security Adviser H.R. McMaster appeared in the center of the controversy when Trump made two tweets that appeared to contradict his statement that the Washington Post story was false.

McMaster provided a statement to the press on Tuesday in a mid-morning appearance. Here, he said that the president’s statements were “wholly appropriate:”

McMaster: What Trump said to Russian officials "wholly appropriate to that conversation," consistent with "routine" sharing of information. pic.twitter.com/ZmVIwCLzEy

McMaster said that the statements were proper in the “context of that discussion” and “consistent with the routine sharing of information” between the president and another foreign leader.

The national security adviser continued to tout the appropriateness of Trump’s conversation:

McMaster says he, Rex Tillerson and Dina Powell in the room, and none "felt in any way that that conversation was inappropriate." pic.twitter.com/lVVHNXKzMN

But there was one moment that caused viewers scratch their heads.

McMaster revealed that Trump was not fully aware of the initial source of the information he shared:

H.R. McMaster: "The president wasn't even aware of where this information came from." https://t.co/kUm99ihhM8 pic.twitter.com/ktbwXCteMh

“I should just make this statement here that the president wasn’t even aware of where this information came from. He wasn’t briefed on the source or method on this information either,” he said.