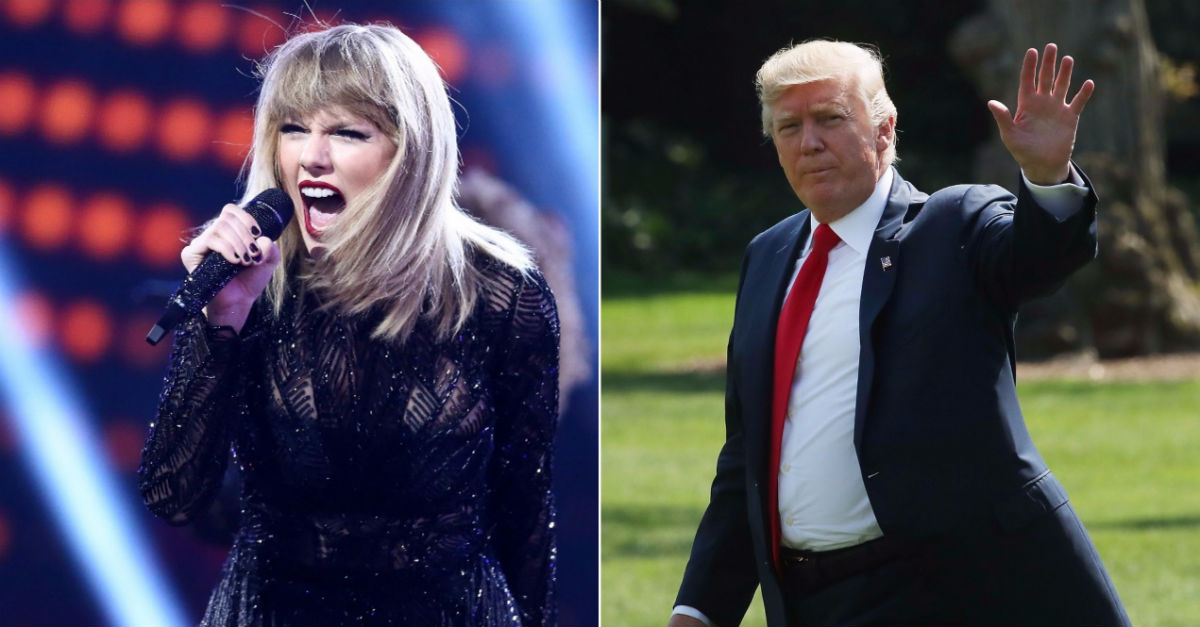 Many Americans suffer from Trump Fatigue Syndrome — some diagnose a variant called Trump Derangement Syndrome. Regardless of political leanings, social media users have spent nearly every week of the past seven months either relentlessly attacking or blindly supporting Trump’s every word or action.

And it has been exhausting.

The excessive attention focused on the president’s every breath has even led to a dilemma pundits, commentators, entertainers, and even comedians haven’t quite seen before. Now, these voices must determine whether or not they truly wish to spend the next four to eight years reacting to an unconventional president, and if the potential loss of followers along the way is worth it.

RELATED: Rewatch the moment Hillary Clinton says her “skin crawled” because of Donald Trump in her new book

While debates about Swift’s latest, and slightly confusing, jabs at her laundry list of enemies is admittedly very silly, it’s apparently a significant enough event to distract social media for one of the first times in over half a year.

In fact, several on social media noticed that their timelines looked a little less political, similar to the way it was prior to the chaotic 2016 election:

me: *sees whole TL fighting abt pop song, instead of anticipating sweet release of death in nuclear apocalypse*
me: i miss this. i miss us.