Republican leaders initially shied away from commenting on Flynn’s resignation, and Rep. Chris Collins (R-N.Y.) had his own explanation as to why.

Collins appeared on a Tuesday segment of CNN’s “New Day.” There, he told host Chris Cuomo that Republicans insinuated that Valentine’s Day was partially to blame for the initial quiet around the big news:

Cuomo: Why is the GOP so quiet on Flynn?
Collins: “Well, it’s Valentine’s Day and I guess they’re having breakfast with their wives” pic.twitter.com/ozf3GQnZSD

“It’s Valentine’s Day, and I guess they’re having breakfast with their wives,” he said. 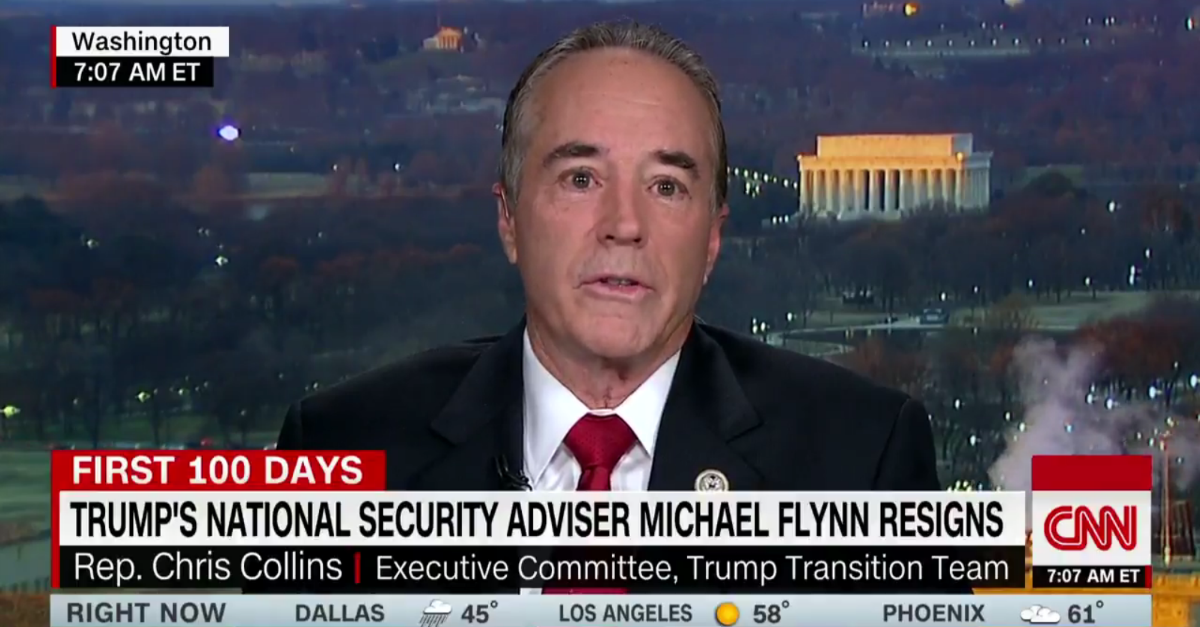