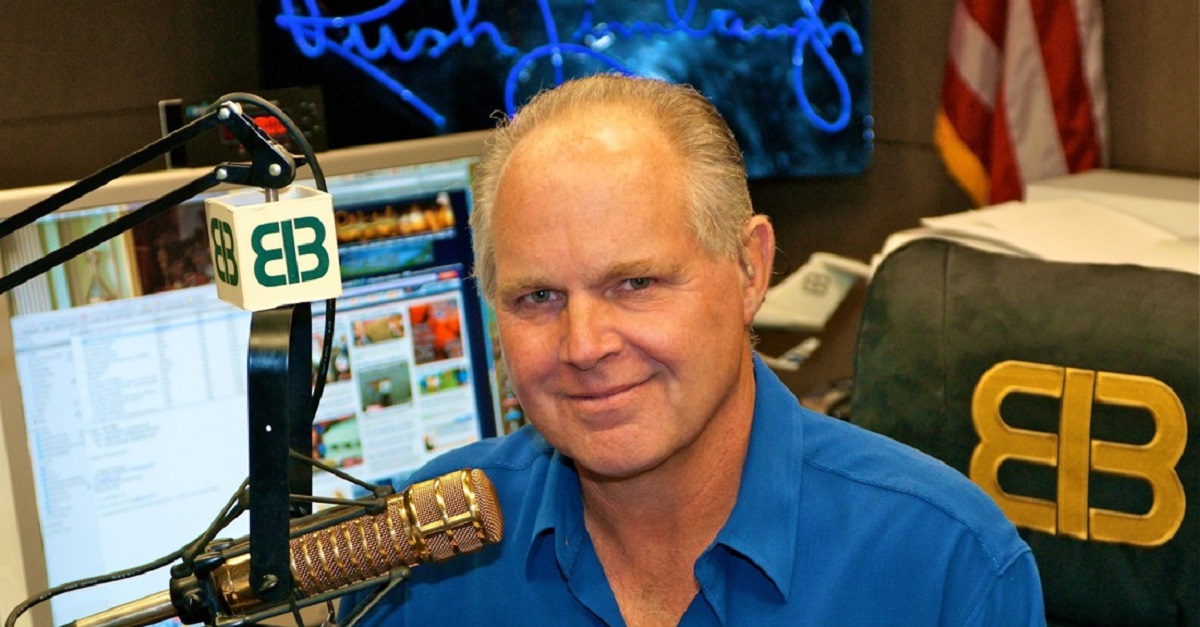 “You can accomplish a lot just by creating fear and panic. You don’t need a hurricane to hit anywhere,” he said on his show that day, arguing that the media’s Irma hype was a ploy to increase ratings, sell disaster supplies like bottled water and batteries, and “advance the climate change agenda.”

Although the right-wing radio host didn’t quite call the hurricane “fake news,” many listeners believed him to be implying exactly that. Wednesday morning, Today Show meteorologist Al Roker tweeted that Limbaugh’s words were “putting people’s lives at risk.”

In Wednesday’s broadcast, Limbaugh sounded perplexed at the lambasting he’d taken on social media. “I didn’t say I’m trying to replace the hurricane center or any of these experts. I’m just telling you how I analyze their data, which we are still free to do. I analyze their data a little differently than they do,” he said, according to the show’s official transcript.

Maybe they analyze the data differently because their degrees are in meteorology and not ignorant radio windbaggery, but I could be wrong.

During that same show, Limbaugh went on to pat himself on the back for predicting a slight change in the forecasted course of the hurricane based solely on gut instinct, thereby outsmarting the “big data analysts” who failed to call the 2016 election. He also insisted that meteorologists are not exempt from President Trump’s denunciations of the lying media. “They’re all media,” Limbaugh said, “They’re all journalists. They all come [sic] the same schools of thought.”

No matter how much he insists he’s not trying to replace the experts, though, Limbaugh clearly wants you to trust him over them, and that’s a problem.

If somebody unplugged Limbaugh’s broadcasting equipment and let him bluster and rant to an audience of one, I’d have no problem with his goofy alt-meteorology. But millions of people rely on him for their news and he misled them, with potentially lethal consequences. If a single Floridian hears Limbaugh claim that hurricanes “once they actually hit, are never as strong as they’re reported” and dies after deciding not to evacuate, that will be blood on Limbaugh’s hands.

Limbaugh, by the way, evacuated his Florida mansion yesterday.

Trump’s campaign and presidency have fueled a widespread distrust of experts, but this latest incident should show us that it’s easy to carry our skepticism to an unhealthy level.

There will always be voices telling us to look past the information we’re given and find the ulterior motives that lie beneath. But as C.S. Lewis warned in “The Abolition of Man,” we “can’t go on ‘seeing through’ things forever” because “[t]o ‘see through’ all things is the same as not to see.” It’s incredibly satisfying to feel as though you’re too smart to fall for a ruse that fooled everyone else, but that smug feeling won’t last long when you’re stuck on the roof of your house or your child is dying of polio.

There are times when we need to just accept that the oft-derided experts are in fact making an honest and informed effort to help us. Hurricane season is one of those times.