President Trump has an interesting few days planned during his trip to Europe. On Friday, he will meet with Russian President Vladimir Putin — a meeting which many pundits have suggested could be telling as Trump’s White House finally seems to be getting out from the “cloud” of Russian meddling in the 2016 election. But on Thursday morning, Trump received a loud welcome in Poland where his speech was interrupted by chants of “Donald Trump” and “USA.”

In Warsaw, Trump gave a speech alongside Polish President Andrzej Duda, whose government has been criticized by some for restrictions placed on journalists seeking to cover parliament and exercising government control over state-owned media.

Following his speech, Trump took a pair of questions from the press. The first question came from Daily Mail’s David Martosko, who was previously in talks with the White House to replace Sean Spicer as press secretary. Martosko asked about the recent CNN debacle in which the network tracked down the Reddit user behind a Trump tweet from last week, spurring the Twitter hashtag #CNNBlackmail. Trump responded by saying “they have been fake news for a long time. They’ve been covering me in a very, very dishonest way,” then asked Dada, “do you have that also, by the way, Mr. President?”

President Trump claims Obama did nothing about Russian meddling because “he thought Hillary was going to win” https://t.co/OFl2E9GQ4b

Trump also noted, “NBC is equally as bad, despite the fact that I made them a fortune with ‘The Apprentice,’ but they forgot that.” Moments later, he called on NBC’s Hallie Jackson, who asked if he is willing to say that Russia meddled in the election. Trump answered, “I think it was Russia but I think it was probably other people, and, or countries […] nobody really knows.” 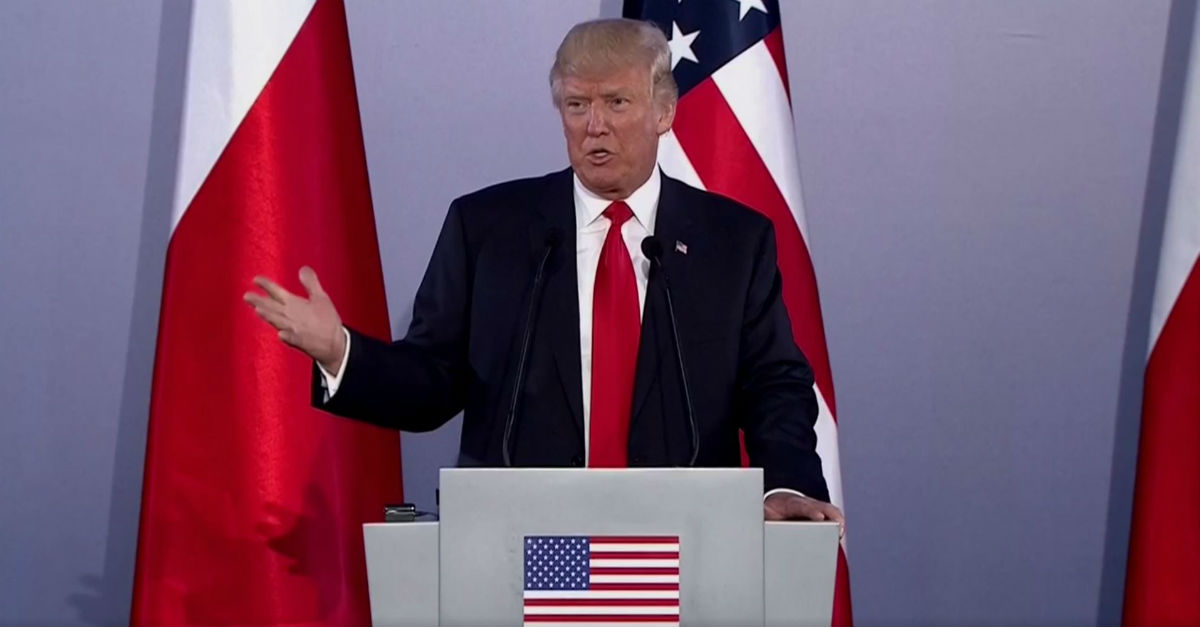