Inspired by Kendall Jenner, one activist learns that it’ll take more than a can of Pepsi to fix the world 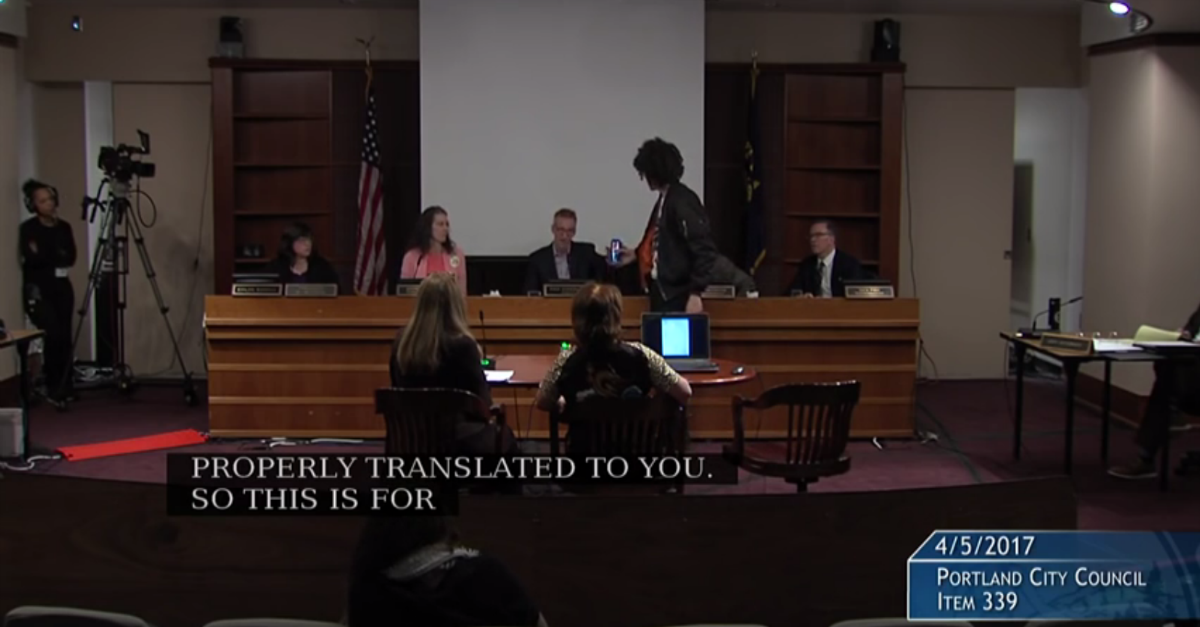 Pepsi teamed up with Kendall Jenner to make an ad. The end product featured Jenner joining a protest and giving a Pepsi to an officer in a police line. Critics saw the entire ordeal as “tone deaf.”

While others spent time arguing over whether or not the ad was offensive, one Portland, Ore., protester decided to channel some lessons from the now-pulled ad in his city hall.

“What I’ve realized is that the language of resistance has not been properly translated to you. So this is for you,” said activist Carlos Enrique as he walked up to the Mayor Ted Wheeler with a beverage in his hand.

RELATED: The ladies of ?The View? want critics to focus on Pepsi, not Kendall Jenner

Wheeler said that Enrique’s actions were “not a good idea” as he continued to approach. Wheeler reluctantly accepted the Pepsi.

“Don’t do that again. Okay? Not a smart move,” Wheeler warned.

Enrique was promptly escorted from the room by security personnel as he pulled out and opened his own can of Pepsi.

He might have been more successful with a Coke.