Bill Maher is no stranger to impassioned moments on his HBO show “Real Time with Bill Maher.” This week, the late night host and comedian welcomed a highly controversial personality to his panel: Milo Yiannopoulos, a young journalist at Breitbart, a far-right news site.

Predictably, it didn’t take long for Yiannopoulos to get under the skin of his fellow panelists. The conversation aired as a part of Maher’s online-only Overtime segment.

RELATED: Bill Maher bites back in response to calls to boycott his show for booking Milo Yiannopoulos

The conversation began with Maher asking Yiannopoulos about a recent appearance he made at a university campus. Witnesses alleged that Yiannopoulos ridiculed a transgender student during his speech. Yiannopoulos quickly asserted that he stands by everything he said that day and clarified that the person in question was actually not a student. He argued that women and children should be protected from “sexually confused men” when they use the restroom.

Larry Wilmore jumped into the argument to assert that Yiannopoulos’ line of thinking was not dissimilar to a false narrative surrounding gay men, that we “treated them like aliens who just wanted to fuck anything that moved and we should avoid them at all costs.”

After elaborating on his argument, Yiannopoulos asserts that transgender people are disproportionately the perpetrators of assault. “They are vastly disproportionately involved in sex crime,” he said to the audible grumbles of audience members and shock on Wilmore’s face.

The conversation continued to escalate from there, as the topic of sexuality stirred the emotions of everyone on the panel. The tipping point came when Yiannopoulos asserted that Maher needs to start inviting guests with higher IQs onto his show.

That’s when Wilmore said, with gusto, “You can go fuck yourself.”

And the burns did not end there. Wilmore also let Yiannopoulos know that his fellow panelists “could talk circles around [his] douchey little ass.”

Wilmore had one finaly “go fuck yourself” to dole out to Yiannopoulos for his hateful comments toward Leslie Jones, one of the stars of the all-female “Ghostbusters” remake who, last summer, became the target of a vicious alt-right Twitter campaign at the hands of Yiannopoulos.

It certainly makes for interesting television! 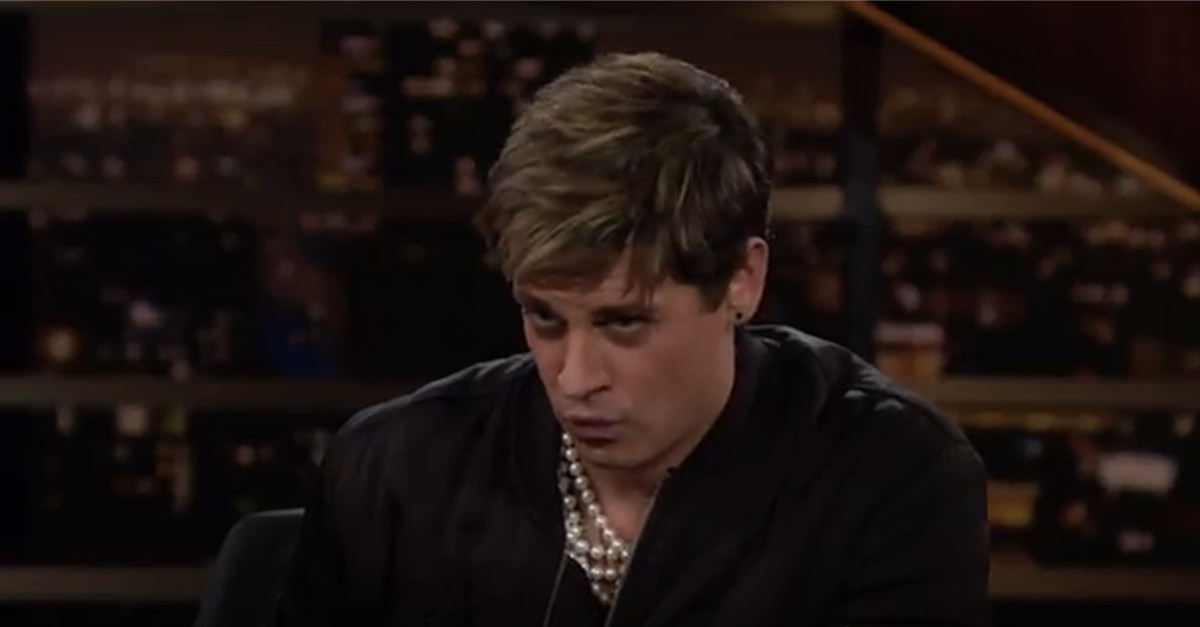