Piers Morgan, who at one time was employed by CNN and known for his semi-frequent wading into the gun control debate, is in the news again for an interview of pro-gun campaigner Dan Roberts at his new gig “Good Morning Britain.”

Morgan had Roberts on the show to discuss the vicious and horrifying Las Vegas massacre perpetrated by a 64-year-old man armed with numerous rifles in a hotel room. As we know, at least 59 are dead and more than 500 injured.

The show host admitted that the gun debate “enrages him too much” and that it is not a subject he can discuss in a civil manner.

It did not take long for the interview to go off the rails, as Roberts laughed at Morgan for bringing up that “Kinder Surprise eggs have been banned in the United States” and later laughed some more when he was accused of being an “NRA soldier.”

These are banned in America because they're a 'health hazard'.
Semi-automatic rifles are legal. #vegas. pic.twitter.com/SVNxXQieee

Morgan really lost his cool when he asked Roberts “look[ed] us in the eye and you sa[id], ‘the only answer is to do nothing, there is nothing wrong with guns, it is the people.'”

RELATED: Piers Morgan says that white people should be allowed to sing the N-word

“How can any of this make sense, Dan? What are you going to do about it?” Morgan asked.

“We’re not do much, hopefully,” Roberts said in response. “Hopefully? Why would you hope you do nothing?” Morgan returned.

Morgan and Roberts had a very similar debate in 2016 after the Pulse nightclub shooting. 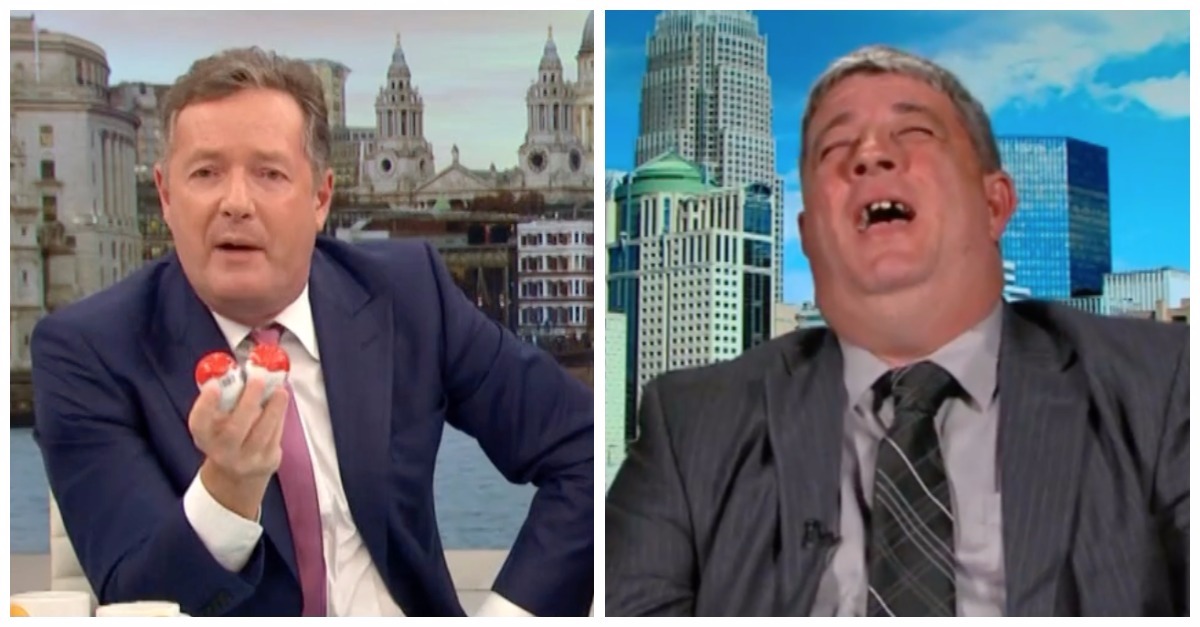